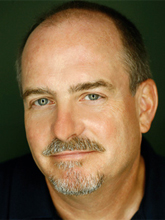 NICHD’s Alan Hinnebusch was elected into the National Academy of Sciences recently.

Dr. Hinnebusch studies yeast to gain insights into the circumstances under which the information contained in a gene is ultimately translated into a protein.  He is best known for the discovery that, in response to environmental stress conditions, cells control which genetic information is translated into proteins. Under such conditions, fewer proteins are produced overall, but production of certain proteins with key roles in the stress response is stepped up. These opposing effects are triggered by modification of a single factor that governs all protein synthesis in the cell. Other researchers since have employed this concept to understand learning and memory in mammals.

Currently, Dr. Hinnebusch serves as the Chief of NICHD’s Laboratory of Gene Regulation and Development, and Director, Program in Cellular Regulation and Metabolism.

Election to National Academy of Sciences, an organization of the country’s leading researchers that promotes outstanding science and provides science-based advice on critical issues affecting the nation, is considered one of the highest honors a scientist can receive.

Dr. Hinnebusch received his B.S. in Biology from the University of Dayton, Dayton, Ohio, in 1975 and his Ph.D. in Biochemistry and Molecular Biology from Harvard University, Cambridge, Massachusetts, in 1980.  He joined the NICHD as a Senior Staff Fellow in 1983 and became Chief of the Laboratory of Eukaryotic Gene Regulation in 1995.  In 2000, he was appointed as Chief of the Laboratory of Gene Regulation and Development and Head of the Section on Nutrient Control of Gene Regulation.  In 2007, he was named Head of the Program in Cellular Regulation and Metabolism.  Investigators in the PCRM apply a combination of genetics, biochemistry, cell biology, and structural biology to elucidate the molecular basis of processes important in cell biology or animal development.