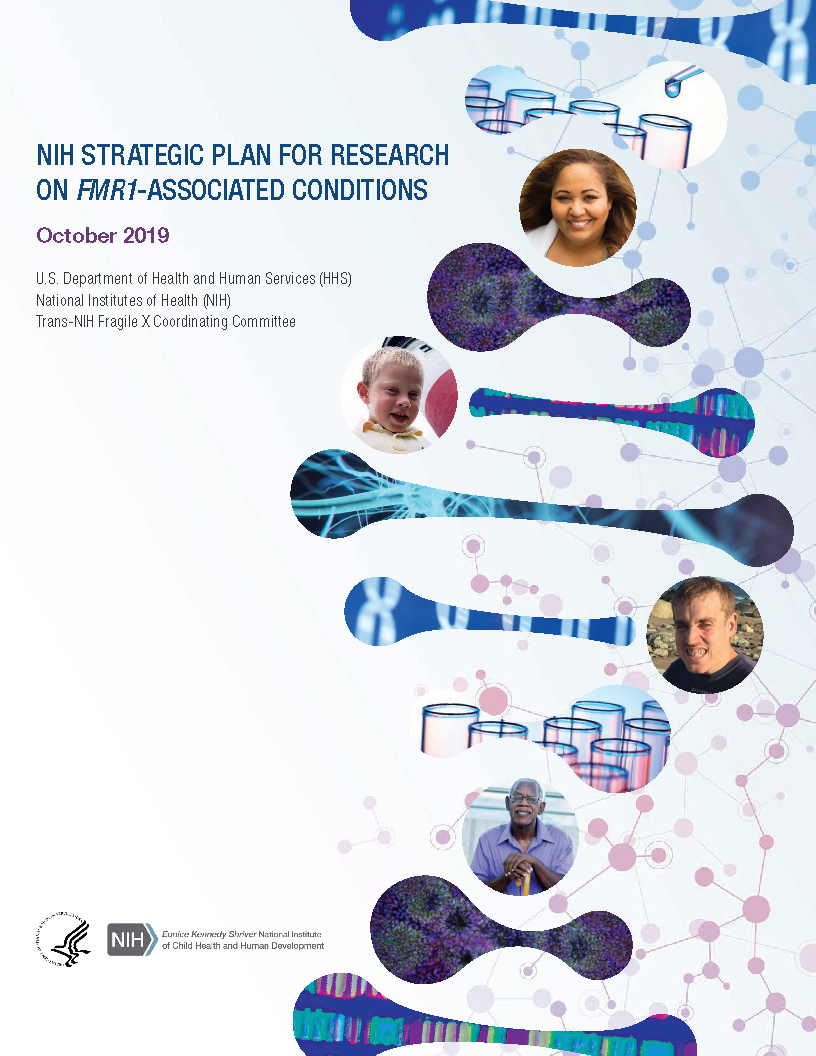 The overarching goal of the plan is to develop a more comprehensive picture of the FMR1 gene and how it affects health. The plan also identifies activities that can enhance existing efforts and explore new avenues for improving the health of individuals affected by FMR1-related conditions.

Fragile X syndrome (FXS), the most common inherited cause of intellectual and developmental disability, results from changes in the FMR1 gene on the X chromosome. Two other conditions are also known to be related to the FMR1 gene: Fragile X-associated Tremor and Ataxia Syndrome, which causes problems with movement and the nervous system in middle-age and elderly adults; and Fragile X-associated Primary Ovarian Insufficiency, which leads to infertility and early menopause in women.

The plan focuses on NIH research activities for all three known FMR1-associated conditions, as well as research on the FMR1 gene, mutations that affect the gene’s function, and the role of the FMR1 protein in the development and progression of these conditions. It was developed over several years and incorporates input from scientists, healthcare providers, and support organizations with an interest in FMR1-related conditions, as well as families and individuals affected by the conditions.

Understanding FXS has long been a focus of NICHD’s Intellectual and Developmental Disabilities Branch. In the 1990s, an NICHD-funded researcher, Dr. Stephen Warren, and colleagues discovered that mutations in the FMR1 gene caused the range of symptoms called FXS.

NICHD led the establishment of the Trans-NIH Fragile X Coordinating Committee in 2008 and, in 2009, spearheaded development of the first trans-NIH research plan on FXS and its related conditions (PDF 440 KB). This new plan builds on progress toward achieving the goals of that original plan and on new scientific avenues that have emerged since that plan was published.