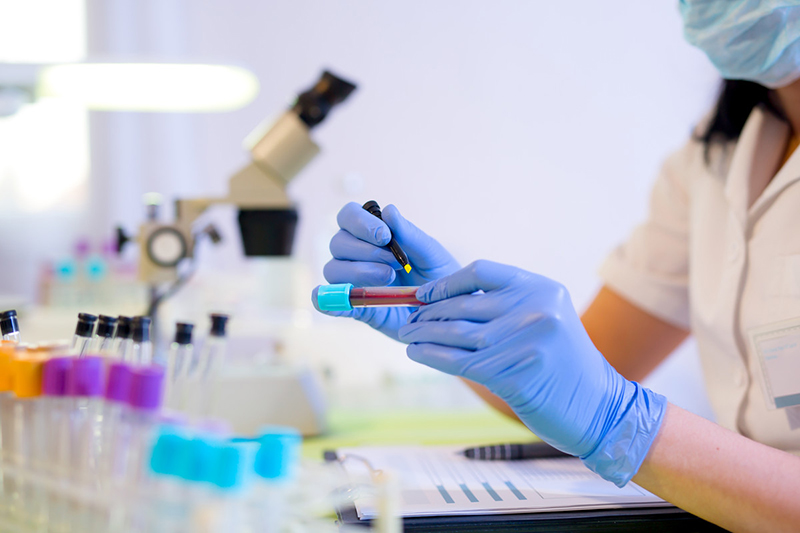 Traces of genetic material from the placenta and other organs circulating in a pregnant woman’s blood stream could potentially be used to predict the risk for complications in later pregnancy. Non-invasive prenatal testing (NIPT) methods, now used to diagnose genetic disorders in the fetus, may help predict other types of pregnancy complications, like gestational diabetes and preeclampsia, according to a recent NICHD-funded study. The study team was led by researchers at the University of California, Los Angeles, and the findings appear in Epigenetics.

Pregnancy complications like gestational diabetes and preeclampsia are often diagnosed later in pregnancy, during the second or third trimesters. However, earlier detection of the risk of these disorders could help healthcare providers better monitor the health of their patients and possibly prevent complications from occurring.

A key area of maternal health research is the placenta—a temporary organ that serves many critical functions during a pregnancy and influences the lifelong health of both mother and child. NICHD’s Human Placenta Project, which funded this study, seeks to develop new technologies to better track and understand how the placenta forms and functions throughout a pregnancy. HPP-funded researchers are improving imaging methods, creating wearable technology, and developing non-invasive, safe methods to assess placental health.

In this study, the research team adapted NIPT methods to identify traces of genetic material, called cell-free DNA, shed from the placenta and other organs into the pregnant woman’s bloodstream. Identifying the tissue or organ from which this genetic material originates is challenging, however, and this study is the first to trace it to the placenta.

Next, the study team detected patterns in these genetic traces associated with the development of gestational diabetes and preeclampsia. These patterns were apparent as early as the first trimester, well before these conditions can be diagnosed with existing tests. The team also linked patterns in genetic material shed from the mother’s pancreas to later gestational diabetes. Overall, the findings show that such genetic signatures can be detected early and may serve as biomarkers to identify women at risk for complications.

“Our goal was to identify a panel of genes that could be assessed with a simple blood test, as early as the first trimester of pregnancy, to indicate a woman’s risk for developing adverse pregnancy outcomes,” said Sherin U. Devaskar, M.D., one of the lead authors of the work.

Using the genes identified in this study, the researchers hope to develop an accurate diagnostic panel for early detection of a range of pregnancy complications and conditions.