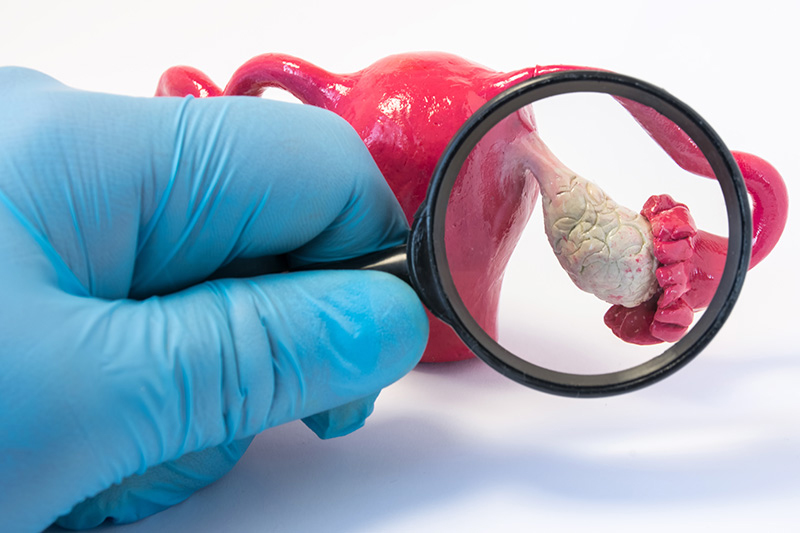 A group of experts led by the National Institutes of Health has proposed a new anatomic model of the ovary and recommended standardized nomenclature to describe its major features. The group’s ongoing efforts to more precisely define ovarian anatomy promise to advance reproductive health research and ultimately enhance clinical care.

Historically, researchers and clinicians have considered the human ovary to comprise three broadly defined regions: the cortex, medulla, and hilum. However, this view lacks specificity and fails to account for anatomic variations. Recent technological advances have made it possible to describe in greater detail the regions, structures, and cell types within the ovary.

Last year, NICHD’s Pediatric and Adolescent Gynecology Program convened a group of experts to standardize ovarian nomenclature and define the organ’s features. The group set out to develop a three-dimensional (3D) model of the ovary based on its visible structures, describe the organ’s microscopic anatomic features, and expand and refine the classification of follicles—the small sacs in the ovaries in which eggs grow and mature.

Mapping the ovaries is challenging because their position and orientation in the body vary from person to person and within the same individual. Furthermore, the size, shape, and composition of the ovaries change over the lifespan and may be altered by disease or surgery. To address these challenges, the working group proposed a 3D representation of ovarian anatomy that incorporates fixed points, such as the ligament connecting the ovary to the uterus. Their model divides the ovary into 12 zones along its short and long axes.

Each of these zones can be further subdivided into regions based on findings from histology—the study of tissues and cells under a microscope. Analyzing these subanatomical structures may reveal changes due to age, menstrual cycle stage, and disease. The group is preparing a detailed listing of ovarian subanatomical structures, including cell types and extracellular features. They also are revising the classification of follicle types and expanding it to include transitional stages that occur during the growth and maturation of eggs, as well as abnormal forms and structures.

Greater precision in the mapping and naming of ovarian anatomical features will better reflect the organ’s composition and function. This promises to help accelerate research by standardizing ovarian tissue collection and making it easier to track changes in ovarian structure and function over time and draw comparisons between individuals.

The authors propose that surgeons, radiologists, pathologists, and researchers use the new 3D naming scheme to describe the different portions of the ovaries being examined. Future publications from the working group will provide more details about ovarian subanatomy and follicles. “Cohesive and collaborative efforts to implement and adopt the resulting nomenclature will expand the utility of ovarian research across disciplines that aim to improve reproductive health,” the authors wrote.