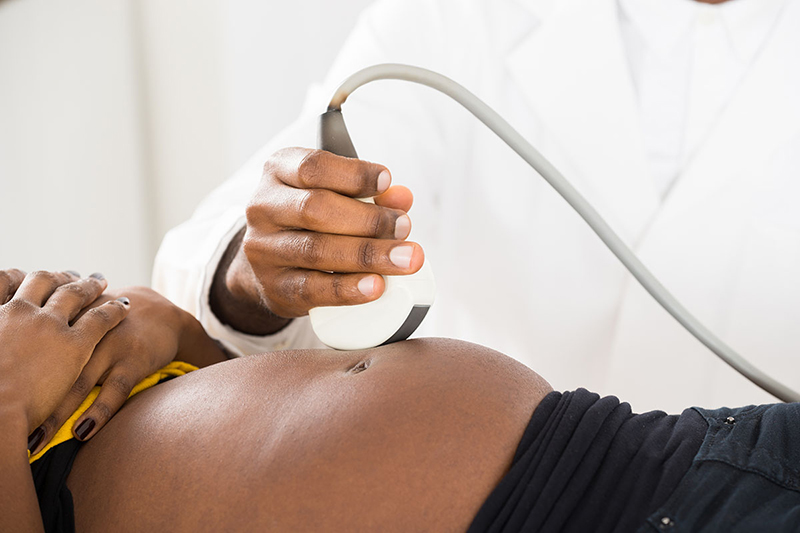 Racial and ethnic disparities in maternal mortality—deaths related to pregnancy or childbirth—in the United States may be larger than previously reported, suggests a study funded by the National Institutes of Health. By re-examining information on death certificates from 2016 and 2017, researchers found that the maternal mortality rate among non-Hispanic Black women was 3.5 times higher than among non-Hispanic white women. Previously, standard analyses had indicated a 2.5-times-higher death rate for Black women.

The new analysis also revealed that these disparities were concentrated among a few causes of death. Postpartum cardiomyopathy (disease of the heart muscle) and the blood pressure disorders preeclampsia and eclampsia were leading causes of maternal death for Black women, with mortality rates five times higher than those for white women. Pregnant and postpartum Black women were two to three times more likely than white women to die of hemorrhage (severe bleeding) or embolisms (blood vessel blockages).

The study was funded by NIH’s Eunice Kennedy Shriver National Institute of Child Health and Human Development (NICHD) and led by Marian MacDorman, Ph.D., of the Maryland Population Research Center at the University of Maryland. It appears in the American Journal of Public Health.

“These sobering findings highlight the urgent need to address racial and ethnic disparities in maternal deaths,” said NICHD Director Diana W. Bianchi, M.D. “Accurate data are essential to guide efforts to reduce maternal deaths, many of which are preventable, and to improve the equity of healthcare for women during and after pregnancy.”

U.S. maternal mortality statistics are determined from death certificates completed by a physician, coroner or medical examiner and reported to state vital records offices. Information about the cause of death is translated into medical codes, which the Centers for Disease Control and Prevention compile into national datasets. In 2003, states began adding a checkbox to the certificates to indicate whether a woman was pregnant or postpartum at the time of death. However, validation studies revealed frequent checkbox errors and found that maternal deaths often are coded to poorly defined causes.

In the current study, researchers re-examined death certificates from 2016 and 2017, carefully evaluating the text on the death certificates that describes in detail the factors that led to death. This allowed the researchers to identify deaths that could be clearly confirmed as maternal ones. In most cases, they also were able to determine the primary cause of death, reducing the percentage of deaths attributed to poorly defined causes from 43% in standard datasets to 2.5% among their set of confirmed maternal deaths.

“We conclude that the prominence of cardiovascular conditions among the leading causes of maternal deaths, particularly for Black women, highlights the importance of increased vigilance to improve early diagnosis and treatment of these complications,” said Dr. MacDorman.

The study was funded by NICHD under award number R21HD095236. A summary of the findings was presented at the Population Association of America Annual Meeting in May 2021.