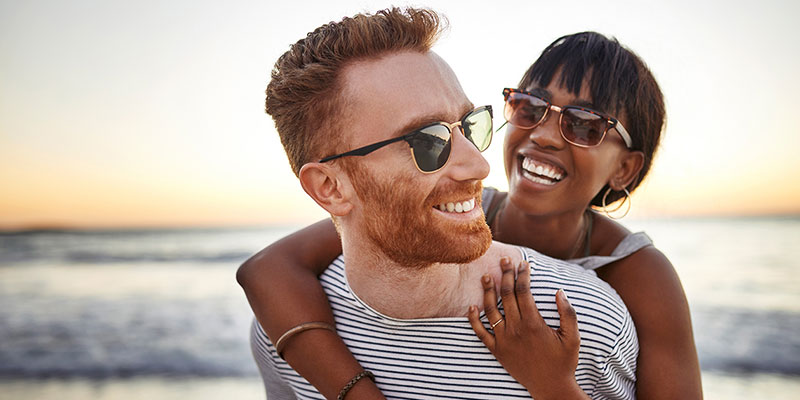 “The results have been much better than we expected, and we’re very excited,” said Diana Blithe, Ph.D., chief of NICHD’s Contraceptive Development Program, about a study of an experimental male contraceptive gel called NES/T. “The efficacy rate appears better than ‘the pill’ and, so far, seems on par with long-acting reversible contraceptives for women,” she added.

NES/T (Nestorone®/Testosterone) is the first birth control product designed for males that has progressed past the initial steps in the clinical trial process, which consists of several phases and subphases defined by the U.S. Food and Drug Administration (FDA). NES/T is currently in Phase IIb to evaluate safety and contraceptive efficacy, and investigators are hopeful their findings will support a Phase III study.

“No male birth control product has made it to Phase III in the United States,” said Dr. Blithe.

If they reach Phase III, the study team will truly be in uncharted territory. They will need to work closely with the FDA to define the study’s parameters, such as how many people to enroll and for how long. They will also need to define efficacy and specify what success would look like.

“If this were a study on a female contraceptive product, we know what to expect—there are products that have cleared these steps and are available on the market. But there is no comparison or standard for a male product,” explained Dr. Blithe.

is a clear gel that a man applies daily by rubbing a small dollop into the skin on each shoulder blade. The gel is hormone-based, tackling two important (but linked) goals—inhibiting sperm production and maintaining sexual drive and function. It is also reversible; sperm levels return to normal about 4 months after a man stops using the product.

NES/T was developed in a collaboration between the Population Council

and NICHD’s Contraceptive Development Program, which is part of the institute’s Intramural Research Program. NICHD and the Population Council have worked together on identification and clinical development of new female and male contraceptives since the mid-1990s.

The gel includes a hormone called Nestorone® (also known as segesterone acetate) that was developed by the Population Council. Nestorone® lowers sperm production typically to less than 1 million sperm per milliliter, compared to the typical 15 to 200 million sperm per milliliter in a healthy male. Nestorone® also inhibits ovulation and is already used in products, such as the Annovera® vaginal ring approved by the FDA for female contraception.

But Nestorone® alone would not make a great male contraceptive because inhibiting testosterone production in the testes also lowers testosterone in the blood, which would reduce libido, sexual function, and other testosterone-dependent activities. To prevent this effect, the gel also contains synthetic testosterone to maintain blood testosterone levels in the normal range without increasing testicular testosterone to a level that would restart sperm production. Gels containing testosterone are already approved and prescribed as hormone replacement for men whose bodies are unable to produce sufficient levels.

The two active ingredients in NES/T are already considered safe and effective for other purposes, which should improve the chances of success for regulatory approval. In the Phase IIb study so far, it seems to be true: data show that the gel provides an effective and acceptable method for male birth control. Couples in the study have shared their positive experiences and offered their enthusiastic support for the product in a variety of interviews, including with Inverse

. Several couples who completed the two-year study have opted to have children. Their rates of conception and live births are similar to those of the general population, which reaffirms the reversibility of NES/T and indicates that a user’s future fertility is not impaired.

The NES/T study is conducted by the Contraceptive Development Program through its Contraceptive Clinical Trials Network at sites in the United States and around the world, including Europe, South America, and Africa.

NICHD has been leading studies on contraception and reproductive health since the late 1960s. Although much of the work has focused on females, the institute supported and conducted multiple studies on the safety of vasectomy in the 1990s. Additionally, early drug discovery projects produced novel candidates for male contraception. The Contraceptive Development Program pioneered clinical evaluation of these products, conducting trials on oral and injectable agents in addition to the NES/T gel. The Contraceptive Development Program also recently launched a data sharing resource, the Contraceptive Infertility Target DataBase

, which curates information on potential contraceptive targets for males and females.

Comparing many years of clinical experience in novel female contraceptive development, some researchers noted distinct differences between those studies and the newer studies with a focus on males.

“One considerable difference is the anxiety level in female partners at the end of the efficacy period of the study,” shared Dr. Blithe. “Some women seem much more anxious at the prospect of having to go back to female contraceptive methods after a full year of birth control being their partner’s focus,” she said.

Many couples asked whether they could re-enroll in the study to continue using NES/T, and several expressed dismay at how long it may take for the product to reach consumers. Even after a successful Phase III study, which may take another 5 years, the investigators will likely face additional challenges to bringing NES/T to market, such as finding commercial investors and manufacturers. Nonetheless, Dr. Blithe remains optimistic.

“I think our study has helped debunk a lot of myths surrounding male birth control,” she said. “Not only do the data show that NES/T is safe, effective, and reversible, but the couples who’ve participated have overcome societal barriers. Men want to use this, and women trust them to use it. The results have been overwhelmingly positive, and we’re already planning the next steps.”