Findings may have implications for labor induced without medical need 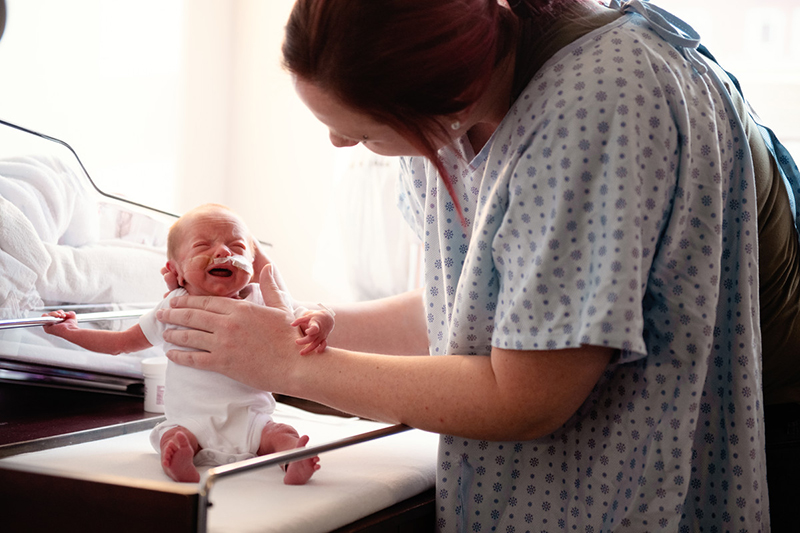 The earlier in pregnancy infants were born, the more likely they were to fail a screening test for developmental delay by age 3, according to a study by researchers at the National Institutes of Health and other institutions. Although infants born at 39 weeks, considered full term, had a lower risk than those born earlier, infants born at 40 and 41 weeks had even lower risks. The findings may have implications for elective induction—labor induced when there is no medical need—at 39 weeks.

The researchers were led by Edwina Yeung, Ph.D., senior investigator in the Epidemiology Branch of NIH’s Eunice Kennedy Shriver National Institute of Child Health and Human Development (NICHD). The study appears in the American Journal of Perinatology.

In 2018, an NICHD-funded study of more than 6,000 healthy, first-time mothers found that women whose labor was induced in the 39th week were less likely to deliver by cesarean section than those who waited for labor to begin naturally. The rate of pregnancy-related blood pressure disorders was also lower in the women whose labor was induced. The researchers found no significant differences between the two groups in a composite measure that included death of the baby during or after birth; the newborn’s need for respiratory support; seizure, infection, birth trauma (injury) or hemorrhage; and other birth complications.

The researchers conducted the current study to assess potential risks for developmental delay for infants born after 32 weeks. They examined data of nearly 6,000 children in the Upstate KIDS study, which previously compared the growth and development of children in New York state conceived through assistive reproductive technology to that of children conceived without any infertility treatment. Children were evaluated with the Ages and Stages Questionnaire, a screening measure that evaluates five areas of child development: fine motor skills, gross motor skills, communication, personal-social functioning, and problem-solving ability. Mothers completed the questionnaire periodically from 4 to 36 months of age. The researchers also assessed whether a child received developmental services in the state’s Early Intervention Program.

Previous studies have shown that brain weight increases with the duration of pregnancy. The authors theorized that early birth may affect brain development. They added that, given the potential risks of developmental delays, their findings suggest that births induced for non-medical reasons should be avoided.