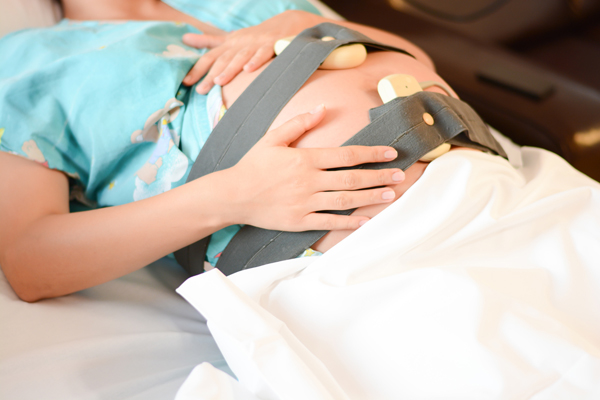 Healthy first-time mothers whose labor was induced in the 39th week of pregnancy were less likely to deliver by cesarean section, compared to those who waited for labor to begin naturally, according to a study funded by the National Institutes of Health. Researchers also found that infants born to women induced at 39 weeks were no more likely to experience stillbirth, newborn death or other severe complications, compared to infants born to uninduced women. The study results, which were presented earlier in brief form , now appear in detail in the New England Journal of Medicine.

“Prior to this study, there was concern that induction of labor would increase the chance of cesarean delivery,” said study author Uma M. Reddy, M.D., of the Pregnancy and Perinatology Branch of NIH’s Eunice Kennedy Shriver National Institute of Child Health and Human Development (NICHD). “Our analysis suggests that elective induction at 39 weeks is associated with a lower rate of cesarean delivery and does not increase the risk of major complications for newborns.”

Although cesarean delivery is safe for mother and baby, it is major surgery and does carry risks. It takes longer to recover from a C-section, compared to vaginal birth, and the surgery may increase the risk of problems with vaginal birth in future pregnancies.

Elective induction—labor induced when there is no medical need to do so—before 39 weeks  is known to pose health risks for newborns. However, elective induction at 39 weeks, or one week before the due date, has become more common in recent years, said Dr. Reddy. NICHD funded the current study to determine the potential risks and benefits of elective induction at 39 weeks, compared to expectant management, or waiting for labor to begin naturally, with health care practitioners intervening if problems occur.

The study enrolled more than 6,000 pregnant women at 41 hospitals participating in the NICHD-supported Maternal-Fetal Medicine Units Network. Roughly half of the women were assigned at random to have their labor induced in the 39th week of pregnancy; the remaining women received expectant management.

The researchers compared births between the two groups in terms of a primary outcome, a composite measure that included death of the baby during or after birth; the newborn’s need for respiratory support; seizure, infection, birth trauma (injury) or hemorrhage; and other birth complications.

The primary outcome occurred in 4.3 percent of the induced labor group and 5.4 percent of the expectant management group, a difference that was not statistically significant. However, the proportion of cesarean delivery was significantly lower for the induced group (18.6 percent), compared to the other group (22.2 percent). Similarly, the rate of blood pressure disorders of pregnancy was significantly lower in women who were induced (9.1 percent), compared to the other group (14.1 percent).

The researchers estimate that one cesarean delivery could be avoided for every 28 low-risk, first-time mothers undergoing elective induction at 39 weeks.