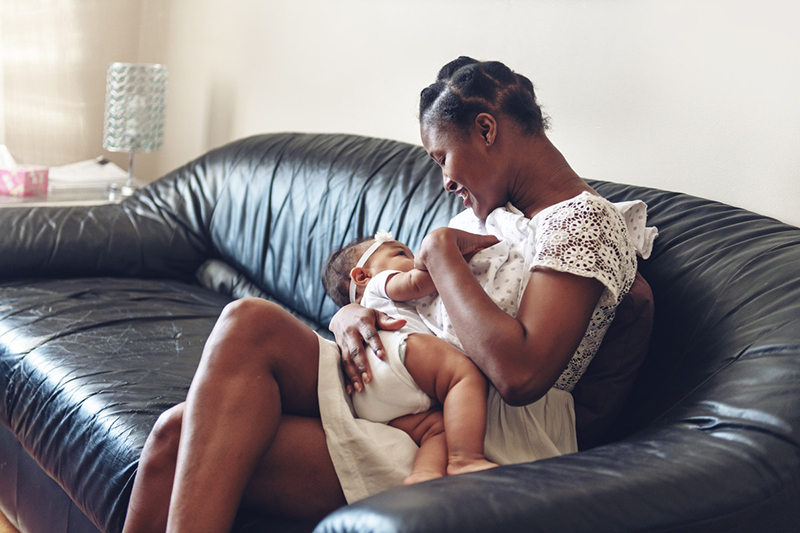 Women who breastfed for two years or longer had higher blood levels of anti-Müllerian hormone (AMH) and later onset of menopause, compared to women who breastfed for one month or less, according to an analysis funded by the National Institutes of Health. The findings also suggest that previously observed relationships between menopause timing and the number of times a woman gave birth may be largely attributable to breastfeeding.

The work was funded by the Eunice Kennedy Shriver National Institute of Child Health and Human Development (NICHD) and the National Cancer Institute. It was conducted by Nydjie P. Grimes, Ph.D., and Elizabeth Bertone-Johnson, Sc.D., of the University of Massachusetts Amherst, and colleagues. The findings are published in Maturitas.

Previous studies have suggested that childbirth and breastfeeding can affect the timing of menopause. An NIH-funded analysis of data from the Nurses’ Health Study II (NHS2)

AMH is produced by ovarian follicles, and low levels can indicate that a woman has few remaining eggs and is close to menopause. In the current analysis, researchers examined potential links between AMH levels and childbirth or breastfeeding among 1,619 NHS2 participants who provided blood samples between 1996 and 1999, before they began menopause. About half of the women also provided a second premenopausal blood sample between 2010 and 2012.

The researchers found that a longer total duration of breastfeeding was linked to higher AMH levels, even when they adjusted their statistical model to account for the number of times a woman gave birth. Compared to study participants who breastfed for less than one month, those who breastfed for 25 months or longer had AMH levels that were 39 percent higher and began menopause more than one year later. Exclusive breastfeeding delays the return of ovulation after childbirth and may slow egg loss. The researchers speculate that this may in turn affect AMH levels and delay menopause.

Study participants who gave birth three or more times appeared to have slightly higher AMH levels than those who had never given birth. However, this potential association between childbirth and AMH disappeared when the researchers adjusted their statistical model to account for the woman’s total duration of breastfeeding. They found no link between the number of births and the woman’s age at the start of menopause.