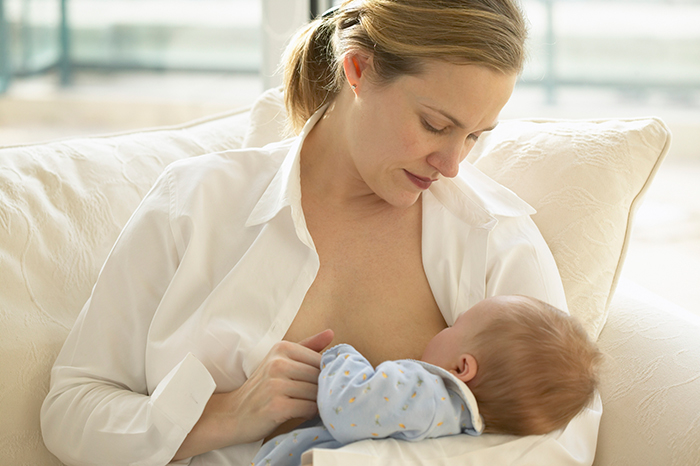 The study was conducted by Christine Langton, M.S.W., M.P.H., of the University of Massachusetts at Amherst, and colleagues. It appears in JAMA Network Open. Funding was provided by NIH’s Eunice Kennedy Shriver National Institute of Child Health and Human Development (NICHD) and the National Cancer Institute.

“The study results provide the strongest evidence to date that exclusive breastfeeding may reduce the risk of early menopause,” said Lisa Halvorson, M.D., chief of the NICHD Gynecological Health and Disease Branch, which oversaw the research.

Previous studies have suggested that menopause before age 45 (early menopause) increases the risk of early death, cognitive decline, osteoporosis and cardiovascular disease. Smaller studies have found evidence linking pregnancy and breastfeeding with later menopause, but because of their size and other limitations, the results are inconclusive. Moreover, the earlier studies focused on timing of menopause and not on the risk of early menopause.

In the current study, researchers analyzed data from more than 100,000 women ages 25 to 42 years in the Nurses’ Health Study II

. Every two years, from 1989 to 2015, the participants responded to detailed questionnaires, providing health information and medical history, including pregnancy history. Compared to women who had never been pregnant or who had been pregnant for less than six months, women who had one full-term pregnancy had an 8% lower risk of early menopause. Those who had two pregnancies had a 16% lower risk, and those who had three pregnancies had a 22% lower risk.