The Electric Brain Reveals its Wiring

Neuroscientist Chris McBain Explores the Secrets of the Developing Brain 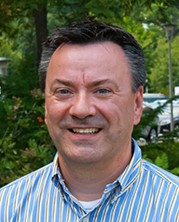 Chris J. McBain, Ph.D., is the chief of the Program in Developmental Neuroscience in NICHD's Division of Intramural Research. His laboratory investigates a part of the brain called the hippocampus, known as the center of memory and learning.

In the video below, Dr. McBain talks about mammals' brains and their complexity. He also expresses his excitement about working in neuroscience, a field that promises to advance rapidly as the result of a presidential initiative to invest in the development of new research tools called Brain Research through Advancing Innovative NeurotechnologiesSM (BRAIN).

Watch highlights from this conversation.

Read The Hippocampus: A Window to Brain Research at NIH text alternative.

Follow the links below to read Dr. McBain's extended comments:

The Hippocampus: Center of Memory and Learning
Developmental Neuroscience
The Activated Brain Cell
The BRAIN Initiative
What the Future Holds

The Hippocampus: Center of Memory and Learning 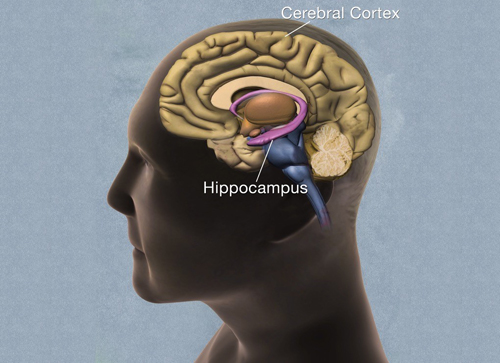 I became interested in neuroscience when I was an undergraduate student. I had the opportunity to work with a mentor, Gordon Lees, who introduced me to the technique of electrophysiology, which is used to understand the electrical activity that cells use to communicate with each other. It's a very powerful mechanism in understanding cell-to-cell communication.

Then as a graduate student I was introduced to a brain structure called the hippocampus, which mammals use as a navigational system as well as a system that helps lay down short-term memories. It is located in the cortex, the outer layer of brain tissue.

Q: What is developmental neuroscience?

Developmental neuroscience is primarily interested in understanding how cells and circuits are developed during the course of an animals' life, that is, how neural circuits and cells are born, become connected, and operate together, and how these circuits might become damaged or altered. We'd like to use that information to inform how we would treat brain and neural circuit disorders.

Originally my lab was a synaptic physiology lab: We were interested in how cells communicate with each other, and how the cells make proteins involved in communication. As the research has evolved, it's become clearer that we need to understand how these synapses are formed during development and how they change across developmental stages.

Q: You study cell excitability. What does that mean?

Cell excitability is really the study of how cells communicate with each other using electrical activity. In fact, cells use voltages and currents several million-fold less than what we get from a power outlet, but they're using the same principles. We can study these small circuits and understand how they can be changed by different types of activities or different types of events. And so by understanding the nature of that communication, we can understand a lot of how circuits are engaged or disengaged in the brain.

Q: What would you tell people about the potential of research to make a difference in the outcome of conditions like schizophrenia, Alzheimer's disease, and Parkinson's disease?

The potential for this kind of research in helping us understand these conditions is tremendous. These disorders, and some others, take center stage inside the hippocampus or other parts of the cortex and they typically involve changes in the way that cells communicate with each other. In fact, the three neural circuit disorders that you mentioned probably have their underpinnings in a breakdown in how cells communicate with each other.

By understanding how cells would normally communicate with each other, we can make informed decisions on how to go about studying how to treat these types of disorders. So developmental neuroscience is really going to get to the heart of how these neural circuit disorders are actually working.

Q: How far along is that research?

Well in some ways we're tremendously far along. I mean, neuroscience is in just a tremendous place right now. It's a rapidly expanding and advancing field. I'm hopeful there's going to be advances made in the short-term in treating brain disorders such as Alzheimer's and epilepsy.

Q: How has technology affected the field of neuroscience in the last decade?

Technology is obviously a very big part of neuroscience research. The techniques are rapidly expanding and with the BRAIN initiative, we can see that there'll be an acquisition of many new techniques that will be available to people like myself.

Investigators can now manipulate light-activated proteins to switch neurons on and off in the living animal brain. This allows you the luxury of being able to manipulate a circuit and to see what happens. So light has really become the technique of choice for many researchers who are interested not only in developmental neurobiology, but in all sorts of circuit analysis.

Q: How might the BRAIN Initiative affect the field of neuroscience?

Q: What's it like to be part of the neuroscience community within the NIH?

One of the great things about doing neuroscience at the NIH is that you have access to many people across many different institutes. In fact, the strength of the Porter Neuroscience Building is that it's home to individuals from over a dozen institutes. You have greater access to all sorts of people from all walks of neurosciences. We share equipment, we share lab space, intellectually we share ideas, and the walls between institutes have really been eliminated.

In my view, this is probably the premier venue for doing neurosciences and it's great to be a part of the Porter neuroscience community. It offers a communication avenue that was never available to us when we were housed individually by different institutes. It's a real luxury to be able to go down the hall and talk to a structural biologist or a geneticist and bounce ideas off people from other institutes.

What the Future Holds

Q: What would you tell students who are thinking about making neuroscience research their focus?

My advice to any high school student that's interested in pursuing a career in the neurosciences is to get involved in your science fair. Talk to your science teacher and do a small project that can be done and presented to your peers. This is really the best way that most young scientists can get some experience in doing hands-on science. And then ultimately, think hard about universities and colleges that are dedicated to doing neurobiology and other life sciences. There are many universities around that are targeted specifically now to young people doing neuroscience courses.

Q: Is that how you came up?

Q: What is your vision for your research program and for neuroscience as a field?

Over the last 10 or 15 years, we've been able to change, as technologies have changed, and pursued avenues that we would never have thought of earlier on in my career. With the emergence of new genetic approaches, we're going to understand exactly how circuits and cells inside the brain are working.

This is the ultimate goal of my research, to be able to use this information to inform how we will move on to and study many, many different neural circuit disorders. It's a very rich time in the neurosciences and I think the next decade is going to be a tremendous time.