Reflecting on the Past and Looking to the Future 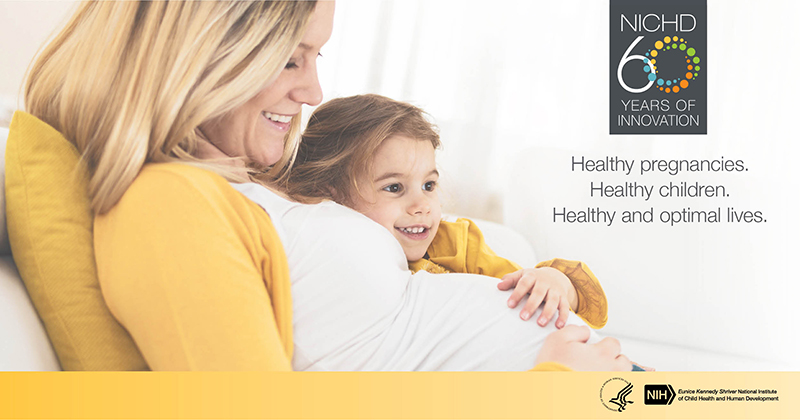 This month, we celebrate the 60th anniversary of the signing of Public Law 87-838, in which Congress authorized NIH to establish NICHD. As the first NIH institute to focus on the entire life course rather than a specific disease or organ system, we have accomplished much in the past six decades, from pioneering the first home pregnancy test to establishing intellectual and developmental disabilities as a recognized field of research. In my first blog post of 2022, I highlighted many of NICHD’s key scientific advances and contributions to society.

As we recognize these past successes, we also look forward to future scientific advances. On Monday, October 17, NICHD will host a virtual 60th anniversary symposium. This all-day event will focus on future directions of research related to pregnancy, reproductive health, child and adolescent development, intellectual and developmental disabilities, and medical rehabilitation. We also will showcase our efforts to cultivate the next generation of researchers and promote an inclusive scientific culture. All are welcome to register to join us online

October also marks Pregnancy and Infant Loss Awareness Month, making it an opportune time for the first meeting of a new NICHD-led task force examining stillbirth in the United States. Stillbirth—the death of a fetus at or after the 20th week of pregnancy—is devastating for expectant parents and families. Unfortunately, it remains all too common in the United States, with more than 20,000 occurrences annually, according to the Centers for Disease Control and Prevention (CDC).

Since the 1940s, improvements in maternity care have dramatically reduced the occurrence of stillbirth. But in recent decades, the decline has slowed. Stillbirth has many causes, from pregnancy complications to birth defects. It affects families from all demographics across the United States, although rates are higher among certain populations, including Black and American Indian/Alaska Native communities. Often, health care providers cannot determine the specific cause of a particular stillbirth.

NICHD supports research on the causes of stillbirth, its occurrence in populations, risk factors, and prevention methods. The U.S. Department of Health and Human Services (HHS) recently asked our institute to lead a congressionally mandated task force on stillbirth.

The stillbirth working group will focus on the current barriers to collecting data on stillbirth throughout the United States, communities at higher risk of stillbirth, the psychological impacts of stillbirth and subsequent treatments, and known risk factors for stillbirth. They will present their recommendations to the National Advisory Child Health and Human Development Council in January 2023, with a report due to Congress in March 2023. The working group includes representatives from CDC and specialty organizations, as well as maternal-fetal medicine specialists. NICHD will host the group’s kick-off meeting at a public webinar on Thursday, October 20.

October is a time for new beginnings, as it marks the start of a new government fiscal year. As we reflect on NICHD’s past accomplishments, I look forward to future steps toward our goals of promoting healthy pregnancies, raising healthy children, and ensuring healthy and optimal lives.