December 2018 Update on the NICHD Strategic Plan and Other Activities 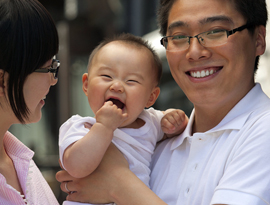 The NICHD Strategic Planning process is moving forward. Our Divisions of Extramural Research (DER), Intramural Research (DIR), and Intramural Population Health Research (DIPHR) have been reviewing the roughly 50 scientific themes prioritized by the Strategic Planning Working Group in mid-October. I have been pleasantly surprised by the high level of alignment between the NICHD teams and external working groups. An important component of this next phase is identifying gaps in existing research not identified in the October meeting. The internal working teams' end goal will be to consolidate a draft set of themes that will be forwarded to the internal strategic planning working group for further consideration. Additional meetings of the DER, DIR, and DIPHR working teams are scheduled from December through February. On their agenda is to consider how NICHD might leverage partnerships, training programs, and communication strategies to advance the proposed themes. We are on track to issue a Request for Information in early 2019 to gather additional public input about the draft scientific themes. 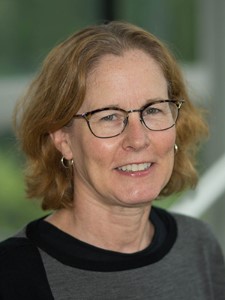 I would like to congratulate Mary Dasso, Ph.D. , head of the Section on Cell Cycle Regulation in NICHD’s Division of Intramural Research, for her election as a 2018 AAAS Fellow . Her election is "for distinguished contributions to the field of cell biology, particularly for discoveries on the relationship between the interphase nuclear transport machinery and mitotic chromosome segregation." AAAS, or the American Association for the Advancement of Science, has elected leading scientists as Fellows each year since 1874. Dr. Dasso will be recognized at the 2019 AAAS Annual Meeting in Washington, DC, in February.

This month, I spoke at several meetings, including the 5th Annual Human Placenta Project (HPP) meeting. Attendees were highly engaged in the discussions and had the opportunity to network during a poster and technology demonstration session designed to inspire ideas and help attendees make new connections. You can learn more about the Human Placenta Project by watching this video .

I also spoke at a Society of Maternal Fetal Medicine briefing on Capitol Hill focused on pregnancy research. My talk highlighted many of NICHD's efforts, including the HPP, PregSource®, the Task Force on Research Specific to Pregnant Women and Lactating Women, and NICHD's commitment to research to reduce maternal mortality and morbidity. I also attended a meeting co-hosted by NICHD and NIH's Office of Behavioral and Social Sciences Research on Maternal Adversity, Fetal Neurodevelopment, and Early Childhood Outcomes.

In addition to the meetings mentioned above, I held introductory meetings with groups interested in NICHD research, including the Population Association of America, the American Gynecological and Obstetrical Society, and the Tuberous Sclerosis Alliance.

This month, I also participated in the annual Director's Challenge to promote the Combined Federal Campaign. This year, I was asked to perform in a talent show competition called "NIH's Got Talent." For those who missed the performance you can view a short clip of NICHD's performance . You can watch the full performance beginning at the 30:00 time mark on the NIH videocast website.