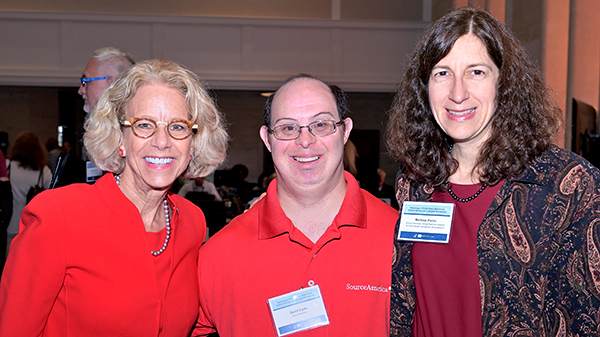 The beginning of fall in the Northeast is a time of changing leaves and cooling temperatures. For the federal government, it is also a time to close the books on another fiscal year. The last few weeks of September are usually extremely busy, and this year was no different, particularly for several large trans-NIH research initiatives.

For example, on September 25, NIH issued approximately $35 million in new grants through the Investigation of Co-occurring Conditions Across the Lifespan to Understand Down Syndrome  (INCLUDE) project. This initiative is led by the NIH Office of the Director and involves multiple institutes, including NICHD. INCLUDE aims to investigate conditions affecting people with Down syndrome through existing clinical trials, as well as through transformative basic science studies. As part of the INCLUDE initiative, we are expanding our Pediatric Trials Network  to ensure that medications commonly used in children with Down syndrome are specifically tailored to their needs. We are also launching a physician training program to raise awareness of the unique aspects of evaluating clinical trial participants with Down syndrome. INCLUDE has the potential to be transformative for the Down syndrome community, and I am very happy that NICHD is playing an important role in this project.

In related news, we recently hosted a two-day trans-NIH workshop aimed at developing a global virtual cohort of people of all ages with Down syndrome. Thanks to Dr. Melissa Parisi, chief of the Intellectual and Developmental Disabilities Branch, for coordinating and hosting the workshop that brought together researchers from across NIH and around the world. We discussed the types of clinical and phenotypic data most valuable for long-term studies of Down syndrome. I had the honor of introducing Mr. David Egan, a longtime participant in Down syndrome research studies. He and his family are strong advocates for research. Mr. Egan shared stories from his personal experiences participating in research studies, spanning 40 years from infancy to adulthood and his concerns about the lack of knowledge about conditions that could affect his health and that of the community. His brother Mark also spoke about his experiences growing up with his brother, and also participating as a control for his brother in a research study on aging in individuals with Down syndrome.

Another major NIH funding announcement in late September was related to addressing the opioid crisis in the United States. NIH announced $945 million  in total funding for grants, contracts, and cooperative agreements through the Helping to End Addiction Long-termSM Initiative, or NIH HEAL InitiativeSM. Like the INCLUDE project, the HEAL Initiative has the potential to be a game changer in its field.

Though the majority of HEAL funding will focus on research to reduce opioid misuse and improve pain management practices in adults, the initiative does support Advancing Clinical Trials in Neonatal Opioid Withdrawal Syndrome, or ACT NOW, a research effort led by NICHD and NIH’s ECHO Program to inform treatment guidelines for the clinical care of infants who are exposed to opioids in the womb. There is currently no standard of care for newborns who undergo withdrawal symptoms, and ACT NOW will evaluate several approaches to establish the best way to treat these infants as well as following them for a minimum of two years to evaluate neurodevelopment.