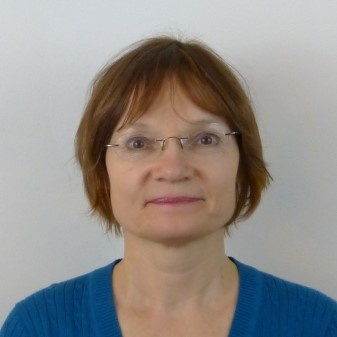 My scientific career has been devoted to determining the regulation mechanisms and transport properties of large beta-barrel channels under normal conditions and in pathology. Biophysics of reconstituted ion channels can be a daunting task, but so far it is the only available method to study fundamental mechanisms behind physiology of membrane channels from cell organelles, such as mitochondrial channels. My work is focused on how protein-protein and protein-lipid interactions control membrane channel functioning and thus the organelle’s membrane permeability.

My latest contributions to the field are the discoveries of two potent cytosolic regulators of the outer mitochondrial membrane channel VDAC. One is the most abundant protein in the cytosol of the majority of eukaryotic cells, dimeric tubulin, and another is the neuronal protein alpha-synuclein, intimately associated with etiology of Parkinson’s disease.

My current endeavors expand beyond ion channel biophysics and focus on using these detailed molecular mechanisms to understand VDAC’s role in a wide variety of mitochondria-associated pathologies to identify pharmacological agents targeting VDAC regulation. I believe that such knowledge is crucial for improving outcomes of mitochondria-related diseases.

Tatiana K. Rostovtseva is an Associate Scientist in the Section on Molecular Transport at the NICHD and an Adjunct Professor at the University of Maryland. She obtained Ph.D. in physics and biophysics from the Russian Academy of Sciences, made her first postdoctoral term in London University, UK, and moved to the US in 1995 to continue postdoctoral training in the Department of Biology, University of Maryland and then at NIH. Since 2002 Dr. Rostovtseva works in the NICHD in Sergey Bezrukov’s section where she became a Staff Scientist in 2006 and the Associate Scientist in 2015. In 2012-2015 she was a Scientific Adviser for the NRC Research Associateship Program. She is Associate Editor of the “Frontiers in Physiology”, the Editorial Board member of the Springer book series in “Biological and Medical Physics – Biomedical Engineering”, the “Scientific Reports”, the “Frontiers”  journals,and the IJMS. Dr. Rostovtseva regularly serves as a reviewer for multiple research journals and number of grant applications; and as an organizer and a chair of the symposiums and platform sessions at the annual Biophysical meetings. She was elected chair of the “Bioenergetics, Mitochondria and Metabolism” Subgroup of the Biophysical Society and twice an elected member of the Bioenergetics Subgroup Council. She currently is a member of the NICHD Exchange Committee, NICHD Tenure and Promotions Committee, and NICHD SS/SC Committee. In 2012, she was awarded National Institutes of Health Outstanding Mentor Award.

Dr. Rostovtseva has published over 70 peer-reviewed publications in high-impact journals like PNAS, JACS,  ACS Nano, and Cell Mol Life Sci, and wrote 5 book chapters. She twice served as a Guest Editor in Biochimica et Biophysica Acta (BBA) – Biomembranes special issues and as an Invited Editor in a book volume “Molecular Basis for Mitochondrial Signaling” for “The Springer Series in Biological and Medical Physics – Biomedical Engineering”.