How Parents Can Help Their Toddlers Get Ready to Read

How To Use This Booklet

You are your child's first and most important teacher. This booklet gives you ideas on how to help your young child get ready to read.

Jack's mom talks to him from the day he is born.

I remember the day Jack came home. I held him tight every step of the way! A baby feels so fragile when you carry him out of the hospital. Jack depended on me for everything. I knew someday that would change. In fact, Jack turns three years old today and he has grown up so much already. But in those early days, I had to figure out a lot on my own.

For example, after the baby wakes up from his nap, and you feed him and change his diaper--what do you do then? They don't tell you about that in the hospital! I played peek-a-boo with him, said funny words and sounds, and counted his fingers and toes. But was that enough? I asked my sister, who teaches first grade. She said "babies learn by playing," which meant I was doing the right things to help Jack learn about the world around him and the sounds of language.

When Jack was a few months old, my sister gave him a beautiful alphabet book. "Sandra," she said, "let's read with Jack this afternoon." I thought she was crazy. Jack was more likely to chew on the book than read it! But I sat him on my lap and held the book open. He slapped and grabbed at the pages, ripping some of them. I kept reading even though it felt silly. At first I read the words exactly the way they were written, but when I put more enthusiasm into reading aloud and used special voices, Jack liked it more. I'm a shy person, so it felt strange at first roaring like a lion on the "L" page or crowing like a rooster on the "R" page.

I started getting tired of reading the same books every day and almost gave away the alphabet book. But when Jack was about a year old, I noticed that he liked the book in new ways. When we got to the lion page, he was waiting for me to roar. He roared with me and shrieked with laughter! When I read the "J" page ("Jacob the jumpy Jaguar juggles the jagged jewels") Jack got quiet and looked carefully at the picture. I wondered if he was hearing the "J" sound from his name in all of those words.

After dinner one night I gave Jack the alphabet book but he held it upside down. I never thought of that before: there are "rules" for how you read a book! A book has a top and a bottom. We turn pages from right to left, and read words from the left side of the page to the right side. I thought kids just knew this, but we have to show them how a book works! We even have to show them the difference between a letter and a word, and between words and pictures!

One afternoon, when Jack was eleven months old, was very special for me. I was talking to my sister on the phone about the huge new shopping center in our little town. I said, "it's so big," and Jack said from his crib, "big!" although it sounded more like "beek!"

Before then, he would say sounds like "ma" when I said "ma," but this was a real word! I told my sister I'd call her back, went over to Jack and said "big."

"Beek," he said again, giggling and smiling like the sun had just come out.

Jack and I had been communicating since he was born, but this felt like the first time we actually talked together. Jack watched my mouth when I said words and looked back and forth between my eyes and my lips. (I never knew I could be so entertaining!)

More and more, he would imitate me, say the same sounds, and laugh when I laughed. My sister said these were the "baby steps" to reading.

The "B" page in Jack's alphabet book had the word "bananas," and when we had bananas for breakfast I said "bananas" slowly to him so that he could hear all of the sounds in the word.

My sister says this is called "phonemic awareness," or knowing the sounds of spoken language, but I just call it "fun with food."

As Jack got older, he became a real chatterbox. My sister said, "Ask him a lot of questions. Encourage him to answer with more than one-word." Great advice--I asked him questions and encouraged him to answer in whole sentences. Then he started asking me the questions! I tried to be patient, which wasn't always easy.

On one trip to the grocery store, when Jack was two, it was late and I was tired, and he kept asking questions. He picked up an avocado: "What's this?" He pointed to a cereal box: "Mom, look!" He pointed to a stack of soda cans. I thought he was going to push them down and I started to get angry, but then I saw the look in his eyes: he was just curious. I decided right then that every question deserved an answer.

I can't wait for Jack to open his birthday presents. He asked for a bulldozer, red sneakers, and some books. New books! What a relief! Not that I'm complaining. All of those hours of reading, talking, and playing with Jack helped him get used to how words and letters sound, and what words mean. My sister said that the more words he knows, the better reader he will be. The fact that he knows "bulldozer" and "rooster" and lots of other words makes me proud.

For his birthday, I'm giving Jack three books. One is about animals that live in the Amazon jungle. Another is about farm machines. The third is a brand new copy of his first alphabet book. The original is pretty torn up and dirty. We'll keep that one, for sure, but I want him to have a nice copy to keep forever. Because that's where it all started.

Jack's mom shows him picture books while he's a baby.

Jack's mom reads the books Jack likes over and over again.

Jack's mom lets him play with books--opening the pages, turning them around, and pointing to the pictures.

There's more to reading together than just saying the words.

Try asking your toddler questions like these when you read together.

Point to the pictures

Talk about the pictures

Some three-year-olds can begin learning letter sounds and names. Try these:

for Parents of Infants & Toddlers

Here are some ways you can help your child "get ready to read "during the ages of 2 and 3.

This checklist is adapted from A Child Becomes a Reader-Birth Through Preschool.

The National Institute for Literacy, an agency in the Federal government, is authorized to help strengthen literacy across the lifespan. The Institute works to provide national leadership on literacy issues, including the improvement of reading instruction for children, youth, and adults by sharing information on scientifically based research.
Sandra Baxter, Director
Lynn Reddy, Deputy Director

This Partnership for Reading publication describes strategies proven to work by the most rigorous scientific research available on the teaching of reading. The research that confirmed the effectiveness of these strategies used systematic, empirical methods drawn from observation or experiment; involved rigorous data analyses to test its hypotheses and justify its conclusions; produced valid data across multiple evaluators and observations; and was accepted by a peer-reviewed journal or approved by a panel of independent experts.

The application of these research-based strategies will increase the likelihood of success in reading instruction. Adherence to scientifically based research in this publication was ensured by a review process that included representatives of each Partnership for Reading organization and external expert reviewers.

Written by C. Ralph Adler and Elizabeth Goldman, design by Lisa T. Noonis and Diane Draper, and production by Bob Kozman, all of RMC Research Corporation.

This brochure is based on A Child Becomes A Reader--Birth to Preschool, published by the National Institute for Literacy. 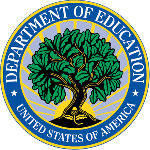