Collaborative Programs of Excellence in Autism (CPEAs): Network on the Neurobiology and Genetics of Autism—How did we get here? 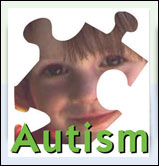 In the late 1980s and early 1990s, NICHD projects set out to create a new paradigm of researchers as collaborators. The Institute started several networks—projects with research sites throughout the United States that would address common protocols, using patients pooled from all the sites. By working together, the networks were able to test hypotheses in large numbers of patients and to provide results more rapidly than would be possible by sites working alone. The Institute witnessed the success of this design for topics such as reproductive and maternal-fetal medicine. But could such a design work on a subject that researchers knew so little about?

In 1996, the NICHD invited researchers to propose the studies and topics that they felt were most important to advancing knowledge about autism. Combine your efforts; form multidisciplinary teams so that you can consider all aspects of the condition. Work with your team to suggest the best possible science related to autism, and the NICHD will fund it.

Because knowledge about autism was so varied, the community was not overly hopeful. Dr. Marie Bristol-Power, charged to be the NICHD lead for the project, planned to fund only three sites. Then the applications started coming in, and everyone was surprised at the quality and quantity of the proposed ideas.

When the CPEAs launched in 1997, the five-year, $45 million Network included 10 sites with collaborators at 24 universities in 13 states and in Canada, the United Kingdom, France, and Germany. The Network on the Neurobiology and Genetics of Autism would study the causes of autism, including genetics, as well as the underlying biological mechanisms and the developmental course of the condition.

"This is the largest commitment to a single autism research venture in history," Dr. Duane Alexander, NICHD director, noted of the CPEA Network’s launch.

In 2002, the CPEA Network received renewed funding of $60 million for five years. By that time, the CPEAs linked 129 investigators in the United States, Canada, Britain, and five other countries, and included more than 2,000 families of people with autism.

Back to Main Page