Depression Among TBI Survivors Can Be A Significant Problem 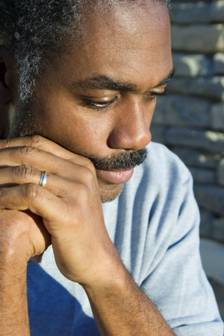 An estimated 1.4 million U.S. people sustain a TBI each year; of those, 50,000 die and more than 200,000 are hospitalized*. Those who survive face a broad range of problems. Many of those problems are obvious, such as difficulty walking, talking, or moving; other problems are more subtle, such as changes in personality or mood. These subtle problems can have a major impact on recovery and rehabilitation.

To understand more about this complex topic, researchers supported by the NICHD through the National Center for Medical Rehabilitation Research (NCMRR) are studying one of the more hidden problems associated with TBI: depression. Some small-scale research has related depression after TBI with poor outcomes ranging from aggression and anxiety, to higher rates of suicide attempts, to greater health care costs.

But is the association real?

“This research suggests that depression rates among TBI survivors have been underestimated,” said Beth Ansel, Ph.D., director of the NCMRR’s Program in TBI and Stroke Rehabilitation. “If not treated, depression can significantly compromise rehabilitation, recovery and the quality of life for such individuals. These findings indicate that health care providers and individuals with TBI need to be more aware of depressive symptoms and need to take action before the symptoms impact recovery.”

The research also seemed to disprove the theory that TBI survivors are too affected within the first 6 months after injury to allow for detection of depressive symptoms. About half of those with depression were identified at 3 months post injury.

The study also examined co-morbidity of anxiety disorders with depression after TBI, as well as risk factors that make depression after TBI more likely.  The Bombardier, Fann, et al article, published in the Journal of the American Medical Association, is available at http://jama.ama-assn.org/cgi/content/full/303/19/1938

For more information on TBI, select one of the links below:

* Centers for Disease Control and Prevention