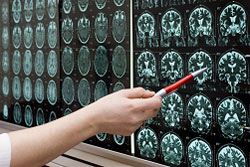 Status epilepticus—continuous, unrelenting seizures that continue beyond several minutes—is a serious, life-threatening condition that affects up to 60,000 children and adults in the United States every year. Such seizures may occur in anyone who has a seizure disorder, often called epilepsy, or in response to such conditions as infection around the brain, brain tumor, head injury, very high fever, or very low blood sugar levels.

Currently, physicians who treat status epilepticus in children can choose one of two medications approved by the U.S. Food and Drug Administration (FDA) for treating the condition in adults. They don’t, however, have large-scale safety or effectiveness evidence on which to base their decisions for treating in the pediatric population.

To address this lack of evidence, the NICHD is initiating the Pediatric Seizure Study—a large-scale national study to determine which of the two medications is the safest, most effective treatment for children with status epilepticus. The study, conducted as part of the Institute’s activities on the Best Pharmaceuticals for Children Act (BPCA), is the first to be done solely in a pediatric population. The protocol will be used at 11 children’s hospitals and universities throughout the country.

Currently, nearly three-fourths of all medications used in children have not been tested or FDA approved for use in children. To increase focus on clinical trials in pediatric populations, the NICHD established the Pediatric Pharmacology Research Unit (PPRU) Network, a group of 13 sites and a data-coordinating center, in 1994. The BPCA, signed in 2002, targeted additional resources toward studying drugs used in pediatric populations. Clinical trials and other activities related to the BPCA seek to improve pediatric therapeutics through collaboration on scientific investigation, clinical study design, weight of evidence, and ethical and labeling issues. The NICHD leads the NIH’s efforts on BPCA activities.

For more information on this topic, visit the following resources: