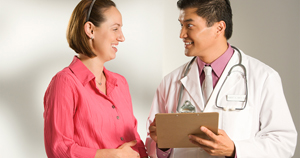 Women who have had gestational diabetes may be able to reduce or even eliminate their risk for cardiovascular disease by following a healthy lifestyle in the years after giving birth, according to a study by researchers at the National Institutes of Health. The researchers analyzed data from the Nurses’ Health Study II, following health habits and medical history of more than 90,000 women from before pregnancy through middle age and the early senior years. The study confirms the links between gestational diabetes and cardiovascular disease found by other studies. It also provides some of the strongest evidence to date that cardiovascular disease after gestational diabetes isn’t inevitable for women who adopt a healthy diet, maintain a healthy weight, exercise moderately and do not smoke.

The study was led by Cuilin Zhang, M.D., Ph.D., of the Division of Intramural Population Health Research at NIH’s Eunice Kennedy Shriver National Institute of Child Health and Human Development, and colleagues. It appears in the latest issue of JAMA Internal Medicine.

In the current study, the researchers found that women who failed to adopt a healthy lifestyle in the wake of gestational diabetes had a 43-percent-higher risk for cardiovascular disease, particularly heart attack and stroke.