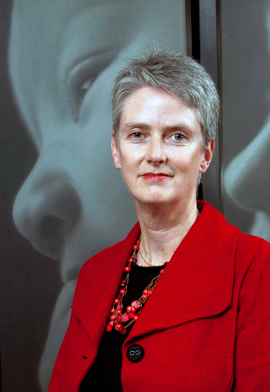 Researchers funded by the National Institutes of Health have shown that treating hypoglycemia, or low blood glucose, in newborns according to current recommendations is safe and appears to prevent brain damage.

Glucose levels that are too low—or too high—may lead to brain injury in newborns and possibly result in severe intellectual and developmental disabilities. Until now, the threshold for blood sugar had only been an estimate, never having been verified by a research study in people. According to the latest study, infants treated for hypoglycemia at the recommended threshold level were no more likely to experience neurological problems by two years of age than those in a comparable group who did not need treatment.

“These findings are extremely reassuring,” said Tonse Raju, M.D., chief of the Pregnancy and Perinatology Research Branch at NIH’s Eunice Kennedy Shriver National Institute of Child Health and Human Development, which funded co-funded the study. “There is now firm evidence that physicians can provide an essential treatment to prevent brain damage without concern that there might be any unforeseen increase in risk to the newborn.”

The study, appearing in the New England Journal of Medicine, was conducted by Jane E. Harding, D. Phil, of the Liggins Institute at the University of Auckland, New Zealand, and colleagues at institutions in New Zealand and Canada.

According to the authors, hypoglycemia may affect 15 percent of newborns, but the exact level at which to treat the condition is unknown.

from the American Academy of Pediatrics, the generally accepted blood glucose level for treating newborn hypoglycemia is 47 mg per dl.

In the current study, researchers enrolled a total of 404 newborns at the Waikato Hospital in Hamilton, New Zealand. All were born at risk of hypoglycemia, and researchers tested the infants’ blood glucose periodically for up to 48 hours.

Of these infants, 216 had blood glucose levels below 47 mg per dl. These infants were treated with additional feedings of oral or intravenous glucose until their blood sugar was above this threshold. Hospital staff caring for the infants took blood samples to check the infants’ glucose levels. In addition, infants were fitted with a device that monitored their blood glucose level continuously, charting their levels every 5 minutes. To care for the infants, hospital staff relied solely on the blood samples; they were unable to see the readings on the continuous monitor during the study.

When all the children reached two years of age, they were tested to measure their developmental progress, cognitive and language skills, vision, hearing, physical coordination and executive functioning (ability to concentrate and carry out tasks appropriate for their age.)

The researchers did not find any deficits in any of these areas (referred to collectively as “neurosensory impairments”) between the two groups (children who needed treatment and children who did not). When the researchers checked the readings from the glucose monitor, they found that many children in both groups had temporary episodes of hypoglycemia that were not apparent from the blood samples taken by hospital staff. These children were no more likely to have a neurosensory impairment than were the children who did not have low blood glucose levels.

“It may be that it’s not only important to keep blood glucose levels from dropping too low, but also to keep them from swinging too high, too fast,” said Dr. Harding of the Liggins Institute.

The authors added that additional studies would be needed to confirm the potential links between high or fluctuating glucose levels and neurosensory impairment.