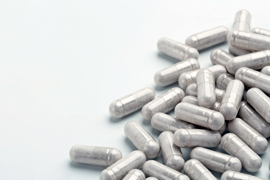 Daily doses of beneficial bacteria, or probiotics, reduced the rate of sepsis—a life-threatening infection of the bloodstream—among newborns in India by 40 percent, according to researchers funded by the National Institutes of Health.

The study, appearing in Nature, is the first to show that probiotics therapy can prevent disease on a large scale. The authors suggest that the therapy, which costs about $1 per week, could provide an effective way to reduce a serious, widespread infection among newborns in developing countries.

Probiotics are formulations of live bacteria and other organisms intended to have health benefits. They are thought to resemble the body’s beneficial bacteria, which perform such functions as helping to digest food, producing vitamins, and defend against disease-causing organisms. Previous research suggests that reinforcing the body’s microbial arsenal with probiotics can prevent digestive disorders and other conditions. Although they are generally regarded as safe for people with healthy immune systems, there is no conclusive research to support their use. The U.S. Food and Drug Administration has not approved any probiotics for preventing or treating any health problem.

Sepsis occurs when immune system compounds released in the bloodstream to fight an infection trigger inflammation throughout the body. According to the study authors, the death rate from newborn sepsis ranges from 5 to 60 percent, even among infants treated with antibiotics. Preterm infants are at higher risk for the condition. Many countries lack the means to diagnose sepsis effectively. 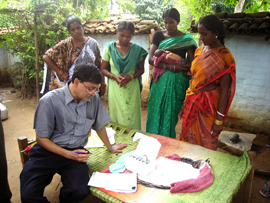 The current study was conducted by Pinaki Panigrahi, M.D., Ph.D., of the University of Nebraska Medical Center and colleagues at institutions in the United States and India. Funding was provided by NIH’s Eunice Kennedy Shriver National Institute of Child Health and Human Development.

Over the course of several years, the researchers evaluated many bacterial species as candidates for their probiotics formulation. Eventually, they settled on a strain of Lactobacillus plantarum, isolated from the diaper of an 11-month-old Maryland infant. Their tests indicated that the bacteria would stay attached to the walls of the digestive system longer than other strains and keep harmful bacteria from gaining a foothold. In a formulation known as a synbiotic, they paired L. plantarum, with fructooligosaccharide, a plant sugar that serves as a food source for the bacteria while it takes hold in the digestive tract.

The researchers enrolled 4,556 healthy infants born at 35 weeks or later and weighing 2,000 grams (slightly over 4.4 lbs) or more. The infants received an oral dose of the synbiotic for 7 days, and the researchers followed them for a total of 60 days. During this time, 5.4 percent of the infants receiving the synbiotic developed sepsis, compared to 9 percent given a placebo—a reduction of 40 percent. Based on these results, the study’s Data and Safety Monitoring Board stopped the study so that all the infants could be given the synbiotic treatment.

In addition to reducing sepsis, the synbiotic group had an 82-percent-lower rate of infections from Gram positive bacteria, and a 75 percent reduction in infections from Gram negative bacteria. The synbiotic group also had a 34-percent reduction in pneumonia and other airway infections, a result the researchers did not expect. The team theorized that the synbiotic may have boosted immunity throughout the entire body, not just in the digestive system.

The researchers suggest that synbiotic formulations containing the strain of L. plantarum used in their study could provide a cost-effective way to prevent newborn sepsis in developing countries.

Because bacterial populations differ depending on location, the researchers noted additional research is needed to determine if the study strain of L. plantarum is effective in preventing newborn sepsis in other parts of the world.

Panigrahi, P., et al A randomized synbiotic trial to prevent sepsis among infants in other parts of the world. Nature DOI: 10.1038/nature23480.