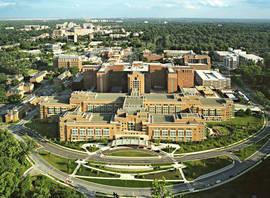 The Notice of Intent also describes changes in the application process for those who apply for funding in the coming year.

Through such collaborations, Extramural researchers may gain access to the expertise of NIH Intramural researchers and to Clinical Center resources and infrastructure, in order to test promising laboratory- and animal-based discoveries with the potential for advancing disease diagnosis, treatment and prevention.

A Funding Opportunity Announcement (FOA), PAR-13-029, announcing opportunities for such collaborative efforts was published in 2012, announcing due dates for research proposal applications in 2013, 2014, and 2015 for possible funding consideration in FY2014, FY2015 and FY2016, respectively. NIH will continue to accept applications for possible funding in FY2015 and FY2016, but those applications must follow the guidelines published at http://grants.nih.gov/grants/guide/notice-files/NOT-HD-13-009.html.

More information on collaborating with NIH Intramural scientists at the Clinical Center is available at http://www.cc.nih.gov/translational-research-resources/.

About the Eunice Kennedy Shriver National Institute of Child Health and Human Development (NICHD): The NICHD sponsors research on development, before and after birth; maternal, child, and family health; reproductive biology and population issues; and medical rehabilitation. For more information, visit the Institute’s Web site at http://www.nichd.nih.gov/.