Molecule may act with melatonin to regulate biological timing 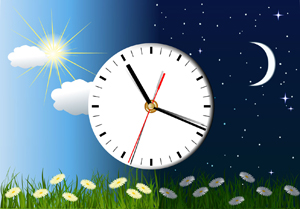 A molecule may work with the hormone melatonin to regulate 24-hour changes in metabolism, including sleep and wake cycles, according to researchers at the National Institutes of Health and other institutions. The researchers identified N-acetyltryptamine in the blood of humans and two animal species. They found that the molecule increases in the blood at night and decreases during the day, in parallel with levels of melatonin.

Like a key fits into a lock, melatonin binds to specialized molecules, or receptors, on the surface of cells, to regulate organs and tissues. The researchers theorize that because N-acetyltryptamine binds to melatonin receptors, it could act as a melatonin substitute or it could compete with melatonin, inhibiting its effects. The study appeared in the Journal of Biological Rhythms.

Melatonin is a natural hormone that plays a role in sleep and waking. Production of the hormone rises in the evening and falls during daylight hours. N-acetyltryptamine, like melatonin, is produced from the amino acid tryptophan. Melatonin is known to have a broad range of effects. However, little is known about N-acetyltryptamine, which has only been used in laboratory studies to help understand how melatonin functions.

N-acetyltryptamine has a structure  similar to melatonin and binds to the melatonin receptor, but has a much weaker chemical attraction to the receptor. Before the current study, there was no method available to test for the substance in the blood. The investigators devised a new method to measure N-acetyltryptamine, combining two techniques for measuring low levels of chemicals in blood and other complex materials: high performance liquid chromatograpy and tandem mass spectrometry.

The researchers analyzed blood and tissue samples from humans, rats, and rhesus monkeys. They found that N-acetyltryptamine is present in all three species in the blood, in the retina, and in the pineal gland, a small gland in the brain that regulates sleep and waking. The researchers also determined that, like melatonin, levels of N-acetyltryptamine in the blood increase at night and fall during daylight hours.