Reprinted from the May-June NIH Catalyst 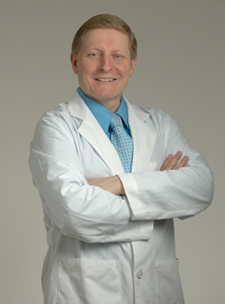 A team of NIH researchers, in collaboration with scientists from the University of Utah (Salt Lake City) and Tufts Medical Center (Boston), have identified a new syndrome involving two rare neuroendocrine tumors and a rare blood disease. The syndrome was observed in four female patients who had multiple paraganglioma and somatostatinoma tumors and the blood disease polycythemia.

Somatic mutations in the gene that encodes hypoxia-inducible factor–2-alpha (HIF2A) cause increased production of erythropoietin, which leads to increased red blood cell production called polycythemia. The mutations increase HIF2A stability and enhance its functional capacity by extending its half-life.

Symptoms of the new syndrome include high blood pressure, heart palpitations, headaches, and anxiety. Polycythemia in the four women was found either at birth or in early childhood. All developed tumors later in life (the paragangliomas were in the abdomen and somatostatinomas in the duodenum). It is not clear whether the syndrome also exists in men.

Increasing HIF expression has been shown in many tumors, but HIF mutations have never been reported in tumors. The research is the first to provide direct evidence of HIF involvement in tumorigenesis and suggests that inhibiting HIF2A may be a way to treat the disease. The team is currently exploring that avenue. 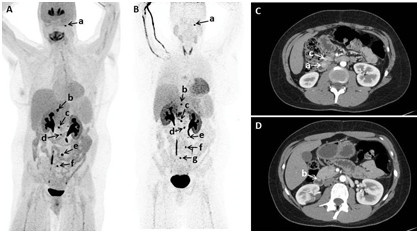 About the Eunice Kennedy Shriver National Institute of Child Health and Human Development (NICHD): The NICHD sponsors research on development, before and after birth; maternal, child, and family health; reproductive biology and population issues; and medical rehabilitation. For more information, visit the Institute’s Web site at http://www.nichd.nih.gov/