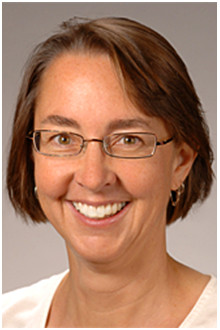 Gisela T. Storz, deputy director of the NICHD Cell Biology and Metabolism Program, has been elected to the American Academy of Arts and Sciences, an independent policy research center that conducts multidisciplinary studies of complex and emerging problems.

Dr. Storz was one of three NIH scientists elected to the Academy. She currently serves as the chief of the Section on Environmental Gene Regulation. The section investigates how bacteria perceive changes in their environment and then convert these signals into changes in gene expression and cell metabolism. In recent years, the group has been particularly interested in regulatory roles of very small RNAs and small proteins that previously were unknown.

Dr. Storz has received many awards and honors, including the Eli Lilly Award of the American Society of Microbiology and the NIH Director’s Award. She is also an elected member of the American Academy of Microbiology and serves on the editorial board of the NIH Catalyst. In addition to many scientific publications, commentaries and book chapters, she is a co-author of a text book entitled Molecular Biology: Principles of Genome Function.