Outcomes for Orphans in Low- and Middle-Income Countries Consistent, Regardless of Care Setting 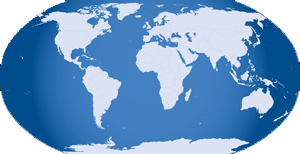 As part of an NICHD-supported study, researchers found that the outcomes of orphaned and abandoned children in low- and middle-income countries are similar whether they live in group homes or family-based settings. The results, which show few differences across various measures of physical health, cognition, and emotional outcomes, were published in two papers, both appearing in PLoS ONE.

Globally, there are an estimated 143 million orphaned children, with approximately 132 million living in low- and middle-income countries. Research suggests that high mortality rates among young adults from conditions such as malaria, tuberculosis, pregnancy complications, HIV/AIDS, and natural disasters are contributing factors. Other children are abandoned because their parents lack resources, leave to seek employment elsewhere, or are mentally or physically unable to care for their children.

Several prominent studies, mainly focused on very young children in European countries, have suggested that institutional care in a group home is more damaging to children than family-based or foster care. As a result, institutional care is often viewed as an option of last resort.

The study sites were in Cambodia, Ethiopia, India, Kenya, and Tanzania. Many of the institutions in these regions arose from communities in response to the growing orphan populations and typically have caregivers living on-site, according to the study authors.

The study enrolled children between the ages of 6 to 12 years old and followed them for up to 3 years. The wellbeing measures, which were collected at the start of the study and at the 3-year follow-up, were physical growth, general health, emotional difficulties, learning ability, and memory.

This study, along with others, casts doubt on conventional thinking that family-based settings are always a better environment for children than institutions. Instead, it may be the quality of provided care that makes the difference in a child’s wellbeing. Given that the number of orphaned and abandoned children continues to grow in resource-poor countries, it is important to assess the best environments for orphan care. According to the study authors, by understanding the caregiving characteristics associated with more positive outcomes, we can make changes to improve the wellbeing of orphaned and abandoned children around the world.