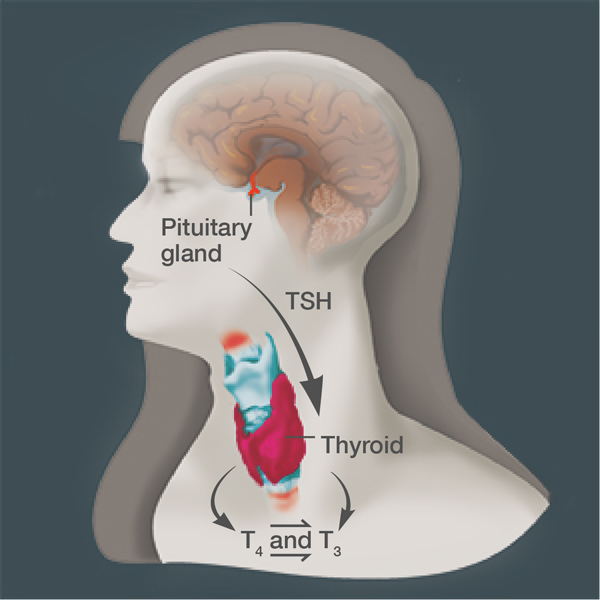 There appears to be no benefit to treating mildly low thyroid function during pregnancy, according to a study by a National Institutes of Health research network.

Markedly low thyroid function during pregnancy has long been associated with impaired fetal neurological development and increased risk for preterm birth and miscarriage. Similarly, some studies have indicated that even mildly low thyroid function (subclinical hypothyroidism) could possibly affect a newborn’s cognitive development and increase the chances for pregnancy and birth complications.

Now, a large, long-term study has found no differences in cognitive functioning among children born to mothers with subclinical hypothyroidism who were treated with medication during pregnancy and children whose mothers were not treated for the condition. The study also found no differences between the groups in rates of preterm birth, stillbirth, miscarriage and gestational diabetes.

“Our results do not support routine thyroid screening in pregnancy since treatment did not improve maternal or infant outcomes,” said study author Uma Reddy, M.D., of the NICHD Pregnancy and Perinatology Branch.

From October 2006 to October 2009, researchers at 15 centers in the network tested thyroid hormone levels of more than 97,000 women before the 20th week of pregnancy. Women in the study were screened for elevated levels of thyroid stimulating hormone (TSH)—an indicator of reduced thyroid function—but normal levels of the thyroid hormone thyroxine (T4). They also were screened for lower levels of T4—another potential marker of reduced thyroid function—but normal levels of TSH.

Researchers randomly assigned 677 women with mildly elevated levels of TSH to receive treatment with the drug levothyroxine (a synthetic form of T4) or a placebo.  Additionally, 526 women with mildly low T4 levels were randomized to receive the drug or a placebo. Children born to women in all the groups underwent IQ testing and were assessed by child development specialists each year until they were 5 years of age.

The study results confirm those of an earlier trial

which screened about 22,000 women and followed their infants until age 3.