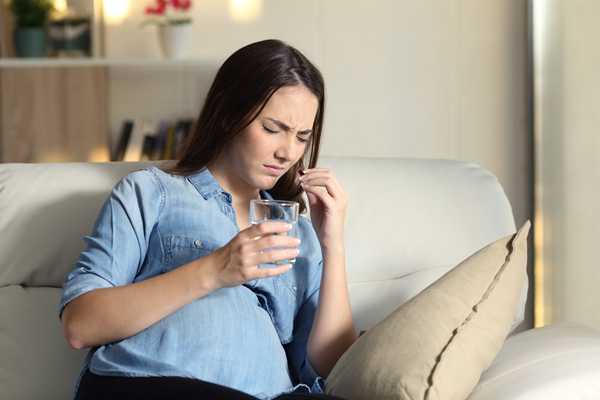 Contrary to earlier studies, a National Institutes of Health funded analysis of records from more than 88,000 pregnancies in which women took the anti-nausea drug ondansetron found no increased risk for newborn heart malformations and only a slightly increased risk for cleft lip and palate.

Nausea and vomiting in early pregnancy, commonly referred to as morning sickness, occurs in up to 80 percent of pregnancies . A small percentage of pregnant women develop hyperemesis gravidarum—which is characterized by nausea that does not go away, weight loss, reduced appetite, and dehydration. Although not formally approved for treating nausea and vomiting during pregnancy, the anti-nausea drug ondansetron is commonly prescribed to pregnant women. An earlier study estimated  that in 2014, the drug had been prescribed in more than 22 percent of pregnancies in the United States.

A few previous studies have looked at the safety of ondansetron in early pregnancy, but these studies produced conflicting results. Some suggested that use of the drug could double the risk of oral clefts and heart malformations, while others found no increase in these birth defects in women who took the drug.

Researchers analyzed data from more than 1.8 million pregnancies from 2000 to 2013, in which 88 thousand had at least one prescription for ondansetron filled during the first trimester. The data were from the Medicaid Analytic eXtract, a database of healthcare use by patients enrolled in Medicaid, the joint state and federal health insurance program for low-income people. Researchers found 94.4 cardiac malformations for every 10,000 infants born to women who had been prescribed ondansetron and 84.4 cases for every 10,000 infants born to women who had not been prescribed the drug. After statistically accounting for other factors during pregnancy known to increase the risk of infant heart malformations, such as maternal smoking and obesity, the researchers found no statistical difference between the two groups.

The study provides important information for patients and their physicians who are balancing the potential risks and benefits of ondansetron in treating nausea and vomiting during pregnancy.