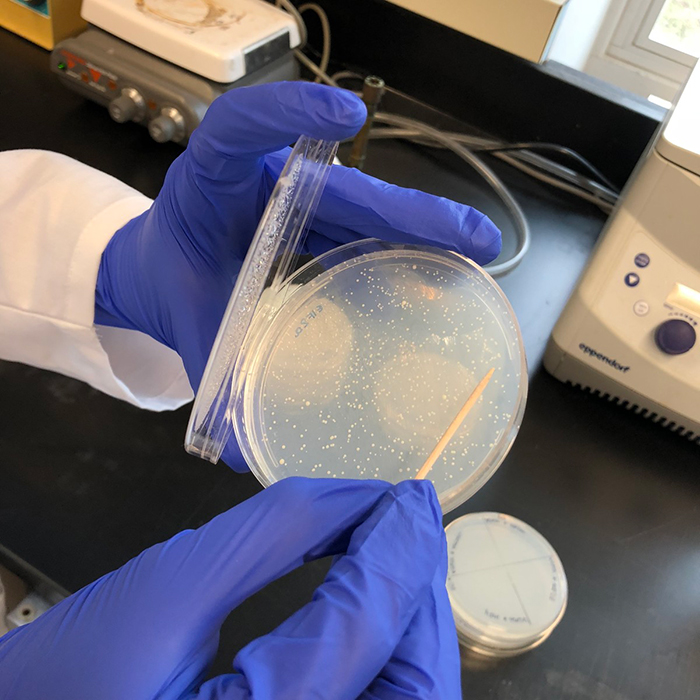 A drug called ISRIB (integrated stress response inhibitor) restored the normal function of cells from a person with the rare disorder MEHMO syndrome, according to researchers at the National Institutes of Health and other institutions. Their study appears in Molecular Cell.

The condition results from a defect in the gene EIF2S3, which contains the information needed to make a part, or subunit, of the protein eIF2. The eIF2 protein is active in cell structures known as ribosomes, which translate the information in DNA into proteins. The defect results in altered levels of many of the body’s proteins.

The researchers cultured stem cells derived from the skin of a patient with MEHMO syndrome and stimulated the cells to form neurons. Compared to neurons formed from stem cells with a normal EIF2S3 gene, those from the MEHMO patient had fewer dendrites—structures neurons use to communicate. The MEHMO cells also grew more slowly and increased the synthesis of proteins that indicate cellular stress. The researchers found that the drug ISRIB reversed all of these defects in the MEHMO cells and restored normal cell function. ISRIB enhances the function of another protein called eIF2B, which serves as a switch that activates eIF2.

The findings provide information that may lead to the development of a treatment for MEHMO syndrome.

The researchers are working to develop a mouse model of MEHMO syndrome to further test the effects of ISRIB and related compounds on the disorder.