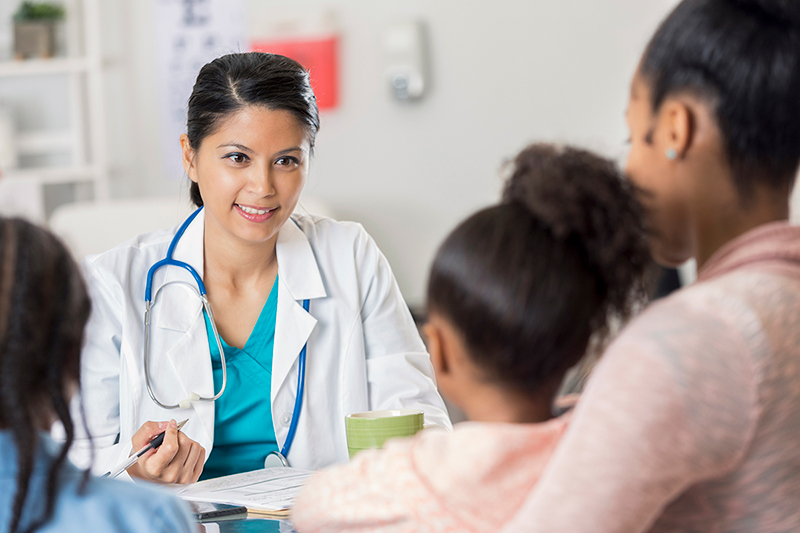 Physicians could improve prescribing practices for children with severe neurological impairments by periodically administering parent questionnaires to assess the children’s symptoms, suggests a study funded by the National Institutes of Health. Such routine assessments could help detect adverse effects of drug interactions or cases in which medications have been under or overprescribed.

The research team was led by James A. Feinstein, M.D., of the University of Colorado. The study appears in JAMA Network Open. It was funded by NIH’s Eunice Kennedy Shriver National Institute of Child Health and Human Development.

Severe neurological impairment encompasses various conditions affecting the brain, including intractable seizures (those which can’t be controlled with medication), cerebral palsy, hydrocephalus (buildup of fluid within the brain), and diseases involving deterioration of the brain and nervous system. Children with severe neurological impairment are often prescribed multiple medications to manage symptoms such as pain, difficulty controlling movements, difficulty breathing, gastric reflux, and constipation. However, many of these children are non-verbal and can’t tell anyone about adverse effects from medications.

The researchers theorized that a 28-item questionnaire for parents of non-verbal children with severe neurological impairment could assess the children’s symptoms and help physicians improve their prescribing decisions. At routine medical visits, parents responded to questions on a handheld tablet about their child’s symptoms and medication use. Information from the survey was combined with the child’s medical history.

The study included 100 children 1 to 18 years old. The researchers found that 62% of the children had 3 or more complex conditions—an illness involving multiple symptoms and requiring the care of multiple medical professionals. More than 75% of the children took 10 or more medications. Greater occurrence of symptoms was associated with a greater number of medications. Among the 54% of children experiencing pain, 61% had been prescribed a pain-relieving medication. Another 65% experienced irritability and 55% experienced insomnia.

The authors said their findings suggest that children with severe neurological impairment experience a substantial number of symptoms and that these symptoms are associated with increased medication use. This association suggests that physicians may need to monitor certain medication combinations for potential drug interactions and monitor symptoms for under or overuse of medications used to treat them. For example, the finding that only 61% of the children experiencing pain had been prescribed pain relievers suggests that this symptom may be underrecognized and undertreated.