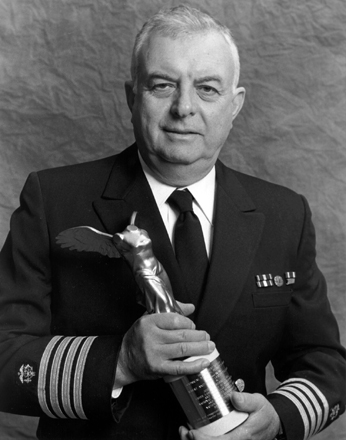 John Bennet Robbins, M.D., co-developer of a vaccine that has spared thousands of children from a major cause of death and intellectual disability, has passed away after a long illness. He was 86 years old.

Dr. Robbins was the chief of the Laboratory of Developmental and Molecular Immunity at the Eunice Kennedy Shriver National Institute of Child Health and Human Development (NICHD), part of the National Institutes of Health, until his retirement in 2012. Together with his colleague and, later, co-branch chief, Rachel Schneerson, M.D., Dr. Robbins received the 1996 Albert Lasker Medical Research Award for developing the polysaccharide-protein conjugate vaccine for Hemophilus influenzae type b (Hib). The award is bestowed annually to those who have made major contributions to medical science.

Before 1989, Hib infected an estimated 15,000 to 20,000 children each year in the United States. The disease can progress to meningitis, a potentially fatal infection of the membranes surrounding the brain. Although effective antibiotic treatment was available at the time, Hib infection resulted in 1,000 deaths annually. Another 4,000 survivors experienced nervous system damage resulting in intellectual disability, deafness, or seizures.

The Hib bacterium’s polysaccharide coat, or capsule, allows it to slip undetected past a child’s immature immune system. Porter Warren Anderson, Ph.D., and David Hamilton Smith, M.D., who shared the 1996 Lasker award with Robbins and Schneerson, developed a vaccine against the polysaccharide, but it failed to provoke a sufficient immune response to protect infants and young children from the infection. Drs. Robbins and Schneerson overcame this obstacle by linking, or conjugating, the polysaccharide to a protein.

The combination was easily recognized by the immune system, which could then mount an effective response against the polysaccharide. Since routine use of the Hib conjugate vaccine in 1990, Hib cases have plummeted. According to the Centers for Disease Control and Prevention, in 2015 there were .08 cases of Hib disease per 100,000 children younger than 5 years old.

Dr. Robbins earned his M.D. at New York University. He was appointed as NICHD’s first Clinical Director in 1970. In 1974, he joined the U.S. Food and Drug Administration, where he served as the director of the Division of Bacterial Products in the Bureau of Biologics. He returned to NICHD in 1984, establishing the Laboratory of Developmental and Molecular Immunity to explore methods for developing vaccines against Hib and other encapsulated bacteria. In subsequent years, Drs. Robbins, Schneerson, and their colleagues developed a vaccine for pertussis and worked on conjugate vaccines against typhoid fever, Staphylococcus aureus, and other bacterial diseases.

For his work with the Hib conjugate vaccine, Dr. Robbins also received the Albert B. Sabin Gold Medal in 2001, the World Health Organization Children's Vaccine Initiative Pasteur Award (with Dr. Schneerson) in 2006, and Thailand’s Prince Mahidol Foundation Award for Public Health in 2017 (with Drs. Anderson and Schneerson. Dr. Smith passed away in 1999).

Dr. Robbins retired from NICHD in 2012, after which he briefly joined the faculty of the Sophie Davis School of Biomedical Education at the City College of New York, before resigning for health reasons.

He is survived by his wife, Joan; his children Robert, Daniel, Ellen, and David; and nine grandchildren.