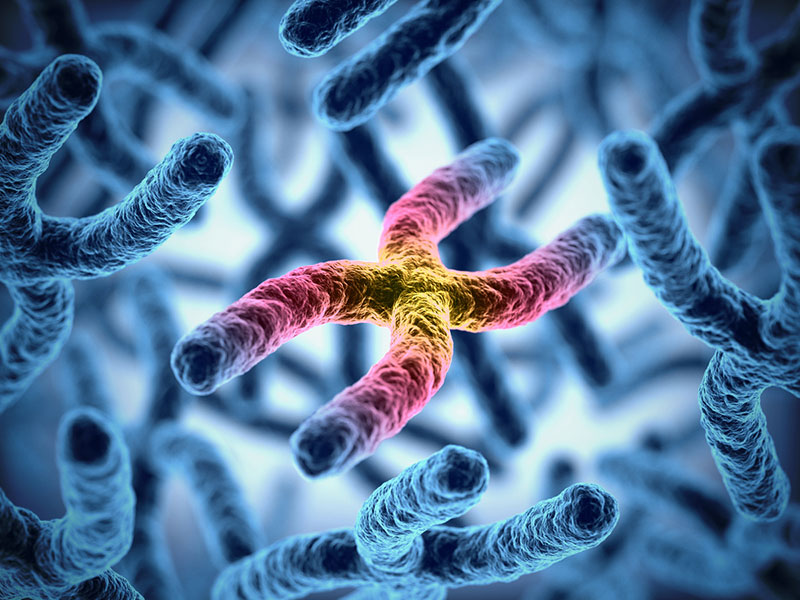 Reducing levels of the protein WAPL may partially correct disease traits caused by a deficiency of NIPBL, a protein with the opposite function, suggests a mouse study by scientists at the National Institutes of Health. Most cases of the rare developmental disorder Cornelia de Lange syndrome result from genetic mutations that reduce NIPBL’s ability to load cohesin—a group of proteins with an important role in directing embryonic development—onto chromosomes. WAPL removes cohesin from chromosomes.

The findings suggest the importance of striking a proper balance between NIPBL and WAPL activities and improve understanding of the mechanisms underlying Cornelia de Lange syndrome. The study was led by Judith A. Kassis, Ph.D., and Karl E. Pfeifer, Ph.D., of NIH’s Eunice Kennedy Shriver National Institute of Child Health and Human Development (NICHD). It appears in Science Advances.

Cornelia de Lange syndrome results from mutations in one of several genes that provide instructions for proteins that contribute to the structure or function of cohesin, a ring-shaped complex of proteins that organizes the genome. Cohesin helps control gene expression—the degree to which thousands of genes are turned “on” or “off.”

The features of Cornelia de Lange syndrome vary widely among affected individuals, but always include neurodevelopmental delay and some degree of intellectual disability. Most cases are caused by mutations in the NIPBL gene. None to date have been attributed to WAPL gene mutations.

To study the syndrome, many researchers use a mouse model in which expression of Nipbl, the mouse equivalent of NIPBL, is partially disabled. These mice, called Nipbl heterozygotes, have developmental defects and organ abnormalities and die soon after birth. Consistent with findings in people with Cornelia de Lange syndrome, gene expression changes in the mice are modest but widespread, occurring across hundreds of genes in every tissue tested.

Because NIPBL and WAPL have opposite effects on cohesin, the NICHD scientists set out to determine whether mutations in the WAPL gene could also cause disease. They also used the mouse model to explore whether decreasing the amount of Wapl could correct some of the disease traits exhibited by the Nipbl heterozygotes.

The researchers developed a mouse model with reduced Wapl expression. Gene expression changes in these mice mirrored those of the Nipbl heterozygotes, suggesting that WAPL mutations could also cause human disease.

The findings support the importance of cohesin dynamics in regulating gene expression. They suggest that a proper balance of cohesin loading and unloading activities is more important than the absolute amounts of WAPL and NIPBL. These insights improve understanding of the mechanisms underlying Cornelia de Lange syndrome and may help inform future research into potential treatments.