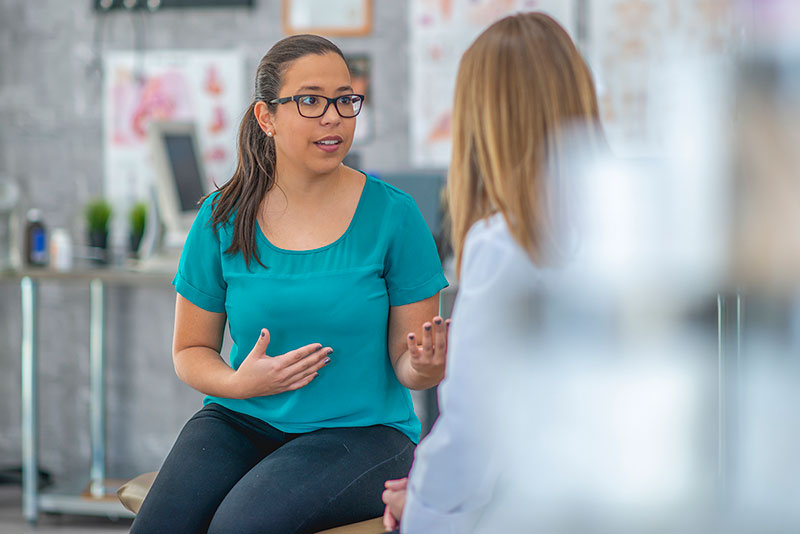 Exposure to a chemical found in a wide variety of consumer products may trigger the growth of uterine fibroid cells and delay the rate at which they die, suggests a study funded by the National Institutes of Health. The study provides a potential explanation for why women exposed to industrial chemicals known as phthalates—found in personal care products, food packaging, and medical products—have higher rates of fibroid tumors than other women. The findings may also inform future strategies to prevent or treat fibroids.

The study was conducted by Serdar E. Bulun, M.D., of Northwestern University, and colleagues. It appears in Proceedings of the National Academy of Sciences. It was funded by NIH’s Eunice Kennedy Shriver National Institute of Child Health and Human Development (NICHD) and National Institute of Environmental Health Sciences.

Once in the body, di-(2-ethylhexyl) phthalate (DEHP) is broken down or metabolized into several related chemicals, among them mono(2-ethyl-5-hydroxyhexyl) phthalate (MEHHP). The researchers found that levels of MEHHP corresponding to those in the urine of women with fibroids fostered the growth of fibroid cells in laboratory cultures while inhibiting their rate of cell death. In a series of experiments, they found that MEHHP caused the cells to take in higher amounts of the amino acid tryptophan and convert it to a compound that stimulated a receptor known to promote the growth of tumor cells and inhibit their death rate.

Uterine fibroids, or leiomyomas, are tumors that grow in or on the wall of the uterus. By age 50, almost 80% of reproductive age women will develop at least one fibroid. Fibroids may cause difficulty in achieving or maintaining a pregnancy. Roughly 200,000 hysterectomies are performed each year to treat the complications of fibroids, which include heavy or painful periods, bleeding between periods, and pain.

For the current study, researchers investigated the potential effects of MEHHP on cultures of fibroid cells derived from five patients with fibroids.

Halting production of the enzyme, the proteins, or the aryl hydrocarbon receptor prevented the runaway growth of the fibroid cells exposed to MEHPP.

The authors said their study provides strong evidence that exposure to MEHHP increases the growth of fibroids by stimulating intake of tryptophan, its conversion to kynurenine, and subsequent activation of the aryl hydrocarbon receptor. They concluded that their findings could inform new strategies to treat or prevent fibroids.