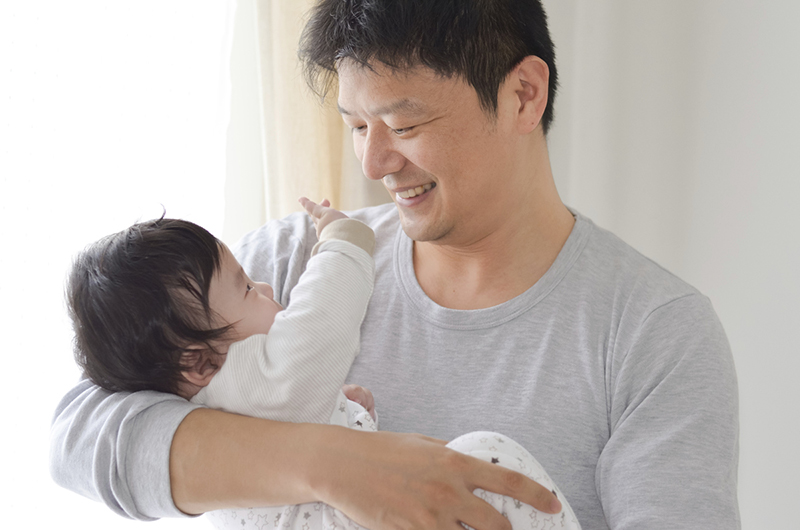 Specialized regions in infant brains appear to respond to visual information in much the same way adult brains do, according to a study funded by the National Institutes of Health. Located in the visual cortex, these brain regions selectively process faces, bodies, or scenes. Previously, researchers had believed that it took years for these regions to develop before they would function like an adult’s visual cortex. The findings may provide information helpful for understanding disorders in which facial recognition is impaired, such as autism spectrum disorder and bipolar disorder.

The study was conducted by Heather L. Kosakowski, a doctoral candidate at the Massachusetts Institute of Technology, and colleagues. It appears in Current Biology. Funding was provided by NIH’s Eunice Kennedy Shriver National Institute of Child Health and Human Development (NICHD) and the National Science Foundation.

In previous studies, researchers discovered a brain region that responds more strongly to faces than to any other visual stimuli. Other studies have found that nearby regions also respond more strongly to specific human body parts and scenes. Researchers believed these brain areas took many years of visual experience to develop their selective responses. However, most studies enrolled children ages 7 and older; very few tested children younger than 3 years old.

Previously, functional magnetic resonance imaging (fMRI) and other brain imaging techniques were unsuitable for infants because of their short attention spans and tendency to move while inside the scanner.

For the current study, the researchers adapted fMRI technology to infants, building a scanner more suitable for them and able to provide a resolution comparable to that of scans from adult brains. The investigators built a cradle to swaddle the infant's body and head, keeping it still inside the fMRI scanner. The investigators encouraged parents to stay close by to reassure their infants. Infants from 2 to 9 months were successfully scanned while they watched videos of faces, body parts such as waving hands, or nature scenes, such as mountains. These videos then activated the visual processing areas in the infants’ brains without any special instructions.

The data collected from 52 infants showed that infants’ brains respond selectively to faces, body parts, or natural scenes and that these responses came from the same specific regions as those from adult brains, suggesting that these regions develop much earlier than previously thought.

The researchers noted that data for the visual region responding to scenes was not as strong as those responding to faces and body parts. They are planning a new study to evaluate infants’ visual responses to naturalistic scenes, using functional near-infrared spectroscopy, a brain imaging technique that does not require swaddling the infant.