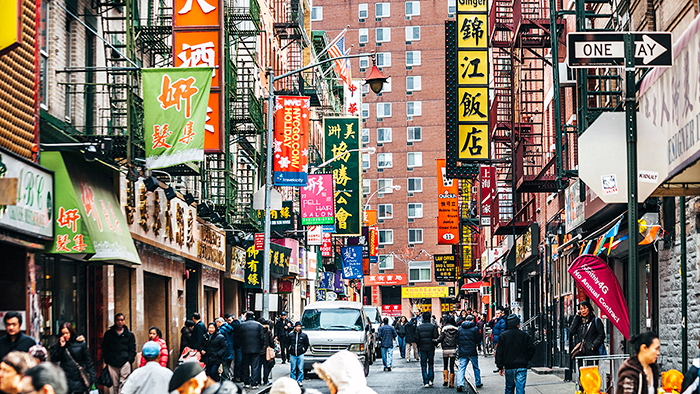 Among Asian/Pacific Islander women living in the United States, those who reside in ethnic enclaves—areas with a high concentration of residents of a similar ancestry—are less likely to have pregnancy or birth complications than those living in other areas, suggests a study by researchers at the National Institutes of Health and other institutions. The findings appear in the Journal of Racial and Ethnic Health Disparities.

Women in enclaves were less likely to have gestational diabetes, to deliver preterm, or to have an infant who was small for gestational age (a possible indicator of failure to grow adequately in the uterus). The researchers theorize that living in ethnic enclaves may improve health by offering easier access to health professionals of similar ancestry, access to traditional diets that are healthier than typical U.S. diets, and less incentive to engage in unhealthy habits like smoking and alcohol abuse.

To conduct the study, researchers analyzed data from more than 8,400 women of Asian/Pacific Islander heritage who took part in a study on labor and delivery at 19 hospitals throughout the United States. They estimated the ethnic makeup of the women’s communities from Census data and the American Community Survey from the National Historical Geographic Information System, which is supported in part by NICHD.

The authors concluded that their results suggest that improving access to culturally appropriate resources among Asian/Pacific Islander communities may improve health promotion efforts in these populations. They noted that the records they analyzed did not include information on the women’s ancestry or immigration history. For this reason, they could not detect differences in pregnancy outcomes between Asian or Pacific Islander ancestry groups.