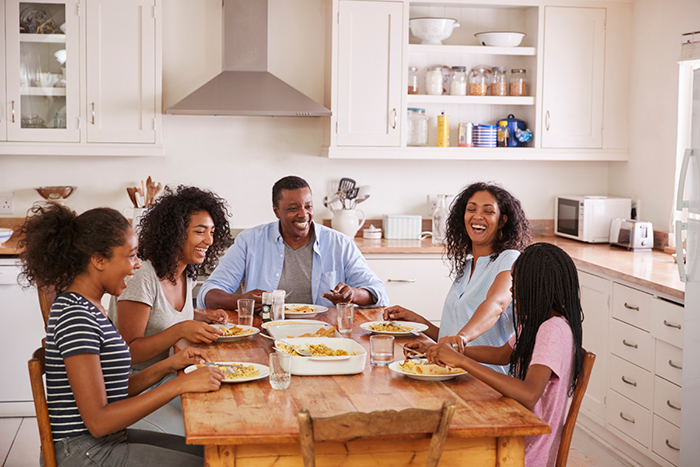 Adolescents who had a positive relationship with their families were less likely to have depressive symptoms not only in adolescence, but also in midlife, according to an analysis funded by the Eunice Kennedy Shriver National Institute of Child Health and Human Development, part of the National Institutes of Health. The study was conducted by Ping Chen, Ph.D., and Kathleen Mullan Harris, Ph.D., of the University of North Carolina at Chapel Hill. It appears in JAMA Pediatrics.

The authors believe that encouraging parents to develop positive, supportive relationships with their teens may reduce the likelihood of depression in adolescence and adulthood.

Depression often occurs during adolescence and may continue into adulthood, the study authors wrote. Despite advances in treatment, in many cases, depression is irreversible.

Many studies have identified risk factors for depression that are associated with adolescent family life, including neglect and physical and sexual abuse. A few small studies have also identified factors that appear to protect against adolescent depression. These factors include close, supportive family relationships and good communication between parents and children on how to cope with personal problems.

The authors analyzed data from the National Longitudinal Study of Adolescent to Adult Health, a nationally representative study that enrolled more than 20,000 adolescents from ages 12 to 21 in schools throughout the United States. Beginning in the 1994-95 school year, adolescents responded to survey questions about their home, school, and neighborhood environments and family, peer, and romantic relationships. Researchers collected additional data on the participants four more times, from 1996 through 2018.

When the participants began the study, they responded to a questionnaire on family cohesion, a measure of the emotional bond that family members have toward one another. They were asked to rate, on a scale of 1 to 5, statements on whether their family had fun together, their family understood them, and family members paid attention to them.

At the beginning of the study, and during the four follow ups, participants responded to three statements on whether they had feelings of depression or sadness. They ranked how frequently they had such feelings on a scale of 0 to 9. A maximum score of 27 indicated the highest level of depressive symptoms.

The authors believe that their study is the first to follow participants from adolescence to adulthood to identify factors associated with avoiding depression in adolescence and midlife. They wrote that programs to encourage parents to develop positive relationships with their teens may help reduce the likelihood of teen and midlife depression.