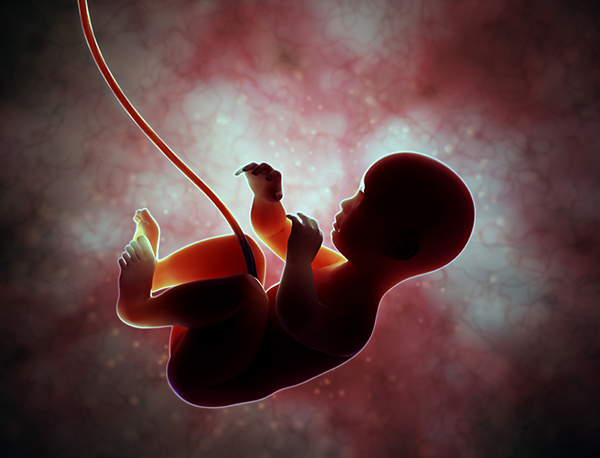 A new imaging technique to track maternal blood flow to the placenta has the potential to help diagnose several common complications in early pregnancy, according to a study funded by the National Institutes of Health. Researchers used the technique, referred to as pseudo-continuous arterial spin labeling magnetic resonance imaging (pCASL MRI), to identify women with reduced placental blood flow who later developed one or more complications. The study was conducted by Sherin U. Devasker, M.D., of the University of California, Los Angeles, and colleagues. It appears in the Journal of Magnetic Resonance Imaging.

Early in pregnancy, cells of the placenta cause uterine arteries to widen, increasing the supply of maternal blood. Failure of these blood vessels to enlarge sufficiently is thought to cause a number of potential complications. For the study, researchers classified these complications as ischemic placental disease (IPD), which includes preeclampsia (a life-threatening blood pressure disorder), intrauterine growth restriction (failure of the fetus to grow normally), and preterm birth.

The researchers scanned the placentas of 69 women, first at 14 to 18 weeks of pregnancy and then at 19 to 24 weeks. Unlike other technologies for imaging the placenta, pCASL MRI can distinguish maternal blood from fetal blood. A total of 15 pregnancies were ultimately identified as having one or more IPD conditions. Compared to the women without IPD, those with IPD had lower blood supply to the placenta at each of the two scans.

If the study results are confirmed, the method may provide a way to diagnose women at risk for ischemic placental disease in early pregnancy. Funding for the study was provided by NIH’s Eunice Kennedy Shriver National Institute of Child Health and Human Development (NICHD) as part of its Human Placenta Project, a research effort to understand the role of the placenta in health and disease.