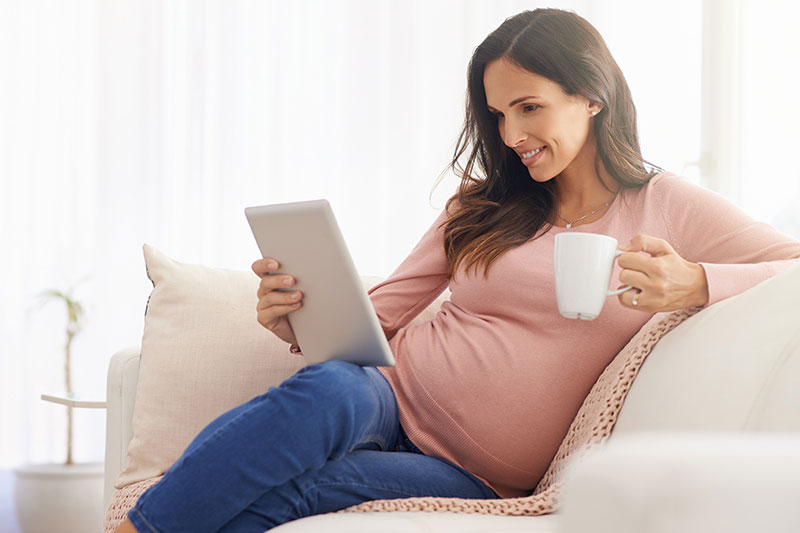 Exposure to caffeine in the womb, even in small amounts, may lead to shorter height in childhood, suggests an analysis by National Institutes of Health researchers. Children of women with low caffeine intake during pregnancy were slightly shorter than their peers born to women who consumed no caffeine while pregnant. The gaps in height widened between ages 4 and 8 years.

The work, which evaluated data from two prior studies, was led by Jessica Gleason, Ph.D., and Katherine Grantz, M.D., of the Division of Population Health Research at NIH’s Eunice Kennedy Shriver National Institute of Child Health and Human Development (NICHD). The findings appear in JAMA Network Open.

“Our findings suggest that even low caffeine intake during pregnancy can have long-term effects on child growth,” said Dr. Grantz. “Importantly, the height differences we observed are small—less than an inch—and further research is needed to determine if these differences have any effects on child health. Pregnant people should discuss caffeine consumption with their healthcare providers.”

recommends that pregnant people limit their caffeine consumption to less than 200 milligrams (mg) per day, the equivalent of about two six-ounce cups of coffee. Last year, NICHD researchers reported that moderate caffeine intake during pregnancy may lead to smaller birth size. They designed the current study to assess whether it has lasting effects on child growth.

The researchers analyzed concentrations of caffeine and its breakdown product paraxanthine in blood samples collected from more than 2,400 pregnant women in two previous studies. They looked for correlations between maternal caffeine consumption and child height, weight, body mass index (BMI) and obesity risk. Their analyses accounted for several other factors that could affect child growth, including maternal height, pre-pregnancy weight and smoking status.

Among 788 children in the Environmental Influences on Child Health Outcomes (ECHO) study, those born to women who consumed the greatest amounts of caffeine were an average of 1.5 centimeters (cm) shorter than those whose mothers had the lowest caffeine intake. ECHO enrolled children of women who participated in the NICHD-funded Fetal Growth Study between 2009 and 2013. On average, pregnant women in the study consumed less than 50 mg/day caffeine. Child growth was measured once, at an average age of 7 years.

Children participating in the Collaborative Perinatal Project (CCP), conducted in the 1960s and 1970s, were measured at regular intervals from birth to age 8, allowing researchers to track changes in height over time. Beginning at age 4, children of women who consumed the highest amounts of caffeine measured shorter than those born to women in the lowest caffeine-consumption group. This gap increased from 0.68 cm at age 4 to 2.2 cm at age 8. The analysis included 1,622 mother-child pairs enrolled in CPP. Caffeine consumption among pregnant CPP participants averaged around 200 mg/day.

The findings suggest that consuming small daily amounts of caffeine during pregnancy is linked to shorter child stature that persists at least through age 8.

“Future research on caffeine consumption during pregnancy should follow child growth over time to determine whether these height gaps continue into adulthood and if they are linked to a greater risk for cardiometabolic diseases,” said Dr. Gleason.