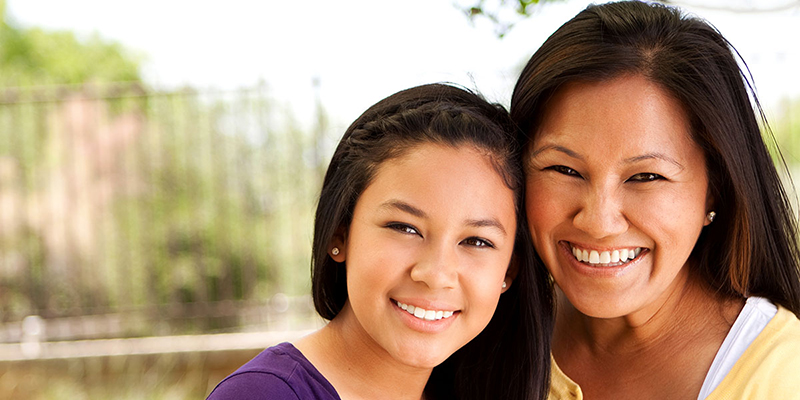 For Korean American youth, parental advice to anticipate occasional racial bias from the larger society protected against the mental health effects of discrimination, suggests an NIH-funded study. In addition, for U.S.-born Filipino Americans, having parents who taught them to take pride in their ethnicity and to be wary of forming relationships with other groups was protective against discrimination’s mental health effects. The authors found that for both Korean American and Filipino American study participants the experience of racial discrimination increased from 2014 to 2018 and contributed to the upward trend of mental health problems.

The authors say the study provides insight into how coping strategies may help protect minority children against discrimination. The study was conducted by Michael Park, Ph.D., a postdoctoral fellow at the Brown School at Washington University in St. Louis, and colleagues. It appears in Child Development. Funding was provided by NIH’s Eunice Kennedy Shriver National Institute of Child Health and Human Development (NICHD) and National Institute of Mental Health.

According to the study authors, hate crimes targeting Asian Americans grew by 30% from 2015 to 2018. Of this increase, 20% occurred from 2016 to 2017, more than for any other racial or ethnic group in the United States. Among Asian Americans, experiencing discrimination has been linked to depression and related mental health effects. Researchers have reported that minority parents often prepare their minority children to deal with discrimination. Such preparation efforts, termed racial and ethnic socialization, have three major patterns. Preparation for bias consists of parents informing their children that they may one day encounter racist behavior or experience racial discrimination. Promotion of mistrust involves parents’ emphasizing caution in forming relationships with other racial and ethnic groups. Ethnic heritage socialization involves teaching ethnic cultural values, history, language, and pride in one’s ethnicity.

For the current study, researchers sought to determine whether these forms of racial and ethnic socialization among Korean Americans and Filipino Americans living in the Chicago area might influence their children’s mental health. They analyzed data from study of parents and children that began in 2014. The study enrolled 378 Filipino American youth and 408 Korean American. Each year until 2018 they responded to questions on their mental health status, experience with racial discrimination, and how their parents prepared them for racial bias.

Overall, both groups reported an increase in discrimination and an increase in depressive symptoms and suicidal thoughts from 2014 to 2018. U.S.-born Filipino American youth reported higher rates of racial discrimination and lower rates of ethnic-heritage socialization than their foreign-born counterparts. In contrast, there was no difference in these two measures between U.S.-and foreign-born Korean American youth. Korean Americans reported an increase in parental promotion of mistrust. For both groups, preparation for bias decreased during the study period. However, throughout the study period, preparation for bias was higher than promotion of mistrust.

Promotion of mistrust and ethnic-heritage socialization were protective against depressive symptoms for U.S.-born Filipino American youth, but not for their foreign-born counterparts. For both foreign- and U.S- born Korean Americans, a higher rate of ethnic heritage socialization was linked with lower levels of suicidal thinking and preparation for bias was linked with lower depressive symptoms.

The authors theorized that U.S.-born Filipino American youth are more likely to see themselves as more strongly American and so may be more vulnerable to discrimination than are their foreign-born counterparts. For this reason, promotion of mistrust may have lessened discrimination’s mental health effects. They noted that promotion of mistrust also has unhealthy effects because it may prevent children from forming beneficial relationships with teachers or peers.

In contrast, preparation for bias, when it results in an open discussion of race and racism, may help children blunt racism’s mental health impact. Similarly, ethnic heritage socialization may reduce the effect of discrimination, particularly for U.S.-born Filipino American youth, again, because they may be more vulnerable to discrimination than are their foreign-born counterparts.

The authors noted that their study did not distinguish between subtle and overt forms of discrimination and called for studies that might include a larger spectrum of discrimination measures to help parents cope with the types of discrimination their children may experience. They added that the study population was from the Midwest and studies of Asian Americans in other parts of the United States might provide additional insights.