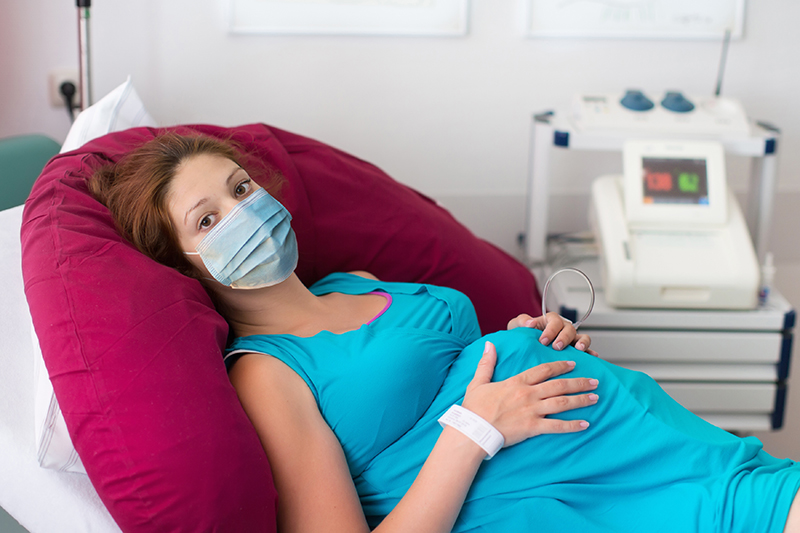 Compared to giving birth in 2019, giving birth in 2020 during the early stages of the pandemic was not associated with a higher risk of maternal death or a serious complication of pregnancy, suggests a study funded by the National Institutes of Health. The study was conducted by Torri D. Metz, M.D., of University of Utah Health, Farmington, and colleagues in the Maternal-Fetal Medicine Units Network supported by NIH’s Eunice Kennedy Shriver National Institute of Child Health and Human Development (NICHD). It appears in Obstetrics & Gynecology.

Researchers analyzed data from 17 U.S. hospitals. They compared whether a single combined outcome—maternal death or serious illness from obstetric complications such as hypertensive disorders of pregnancy, postpartum hemorrhage or serious infections—differed among patients giving birth before the pandemic and during the pandemic’s first year. The combined outcome occurred in 8.9% of 9,700 individuals giving birth in 2019 and in 8.9% of roughly 12,000 giving birth in 2020—a statistically insignificant difference. Rates of cesarean birth (31.3% vs. 32.4%) also did not differ significantly between groups. About 3% of individuals who gave birth during the pandemic were positive for SARS-CoV-2, but the proportions of those with the composite outcome did not differ significantly between the two groups. No maternal deaths occurred.

The authors said they found the data reassuring because outcomes for individuals giving birth when the healthcare system was stressed by the pandemic were similar to  those occurring before the pandemic. They noted that their study was conducted in academic medical centers, and results could differ from those in other hospitals. They added that the study did not evaluate birth outcomes during subsequent surges in COVID-19 rates.