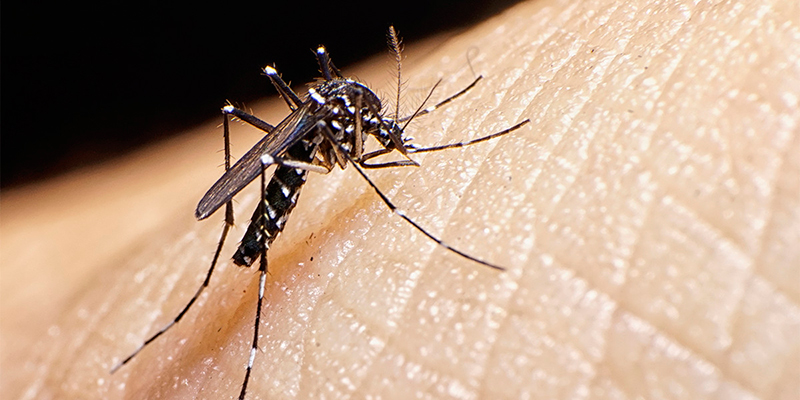 Malaria infection of the placenta may reduce the amount of glucose that passes to the fetus, according to an NIH-funded study. The research involves a placenta on a chip model—a laboratory device incorporating placental tissue to simulate the interface between maternal blood and the outermost part of the placenta. The findings offer insight into how placental malaria may deprive the fetus of an essential nutrient and may inform the development of strategies to prevent or treat the condition.

Malaria infection during pregnancy can lead to an accumulation of infected red blood cells in the intervillous space—the compartments in the uterine wall where maternal blood contacts the outermost cells of the placenta. The condition contributes to approximately 200,000 newborn deaths each year. Women who have had malaria before pregnancy and developed immunity to it are still at risk after they become pregnant. Placental malaria is caused by a subtype of infected cells that bind to the placenta, restricting fetal growth and leading to low birth weight, preterm birth, and miscarriage. Because the placenta is hidden from view inside the uterus, the condition is poorly understood, but is thought to interfere with normal placental development during pregnancy.

For the current study, researchers simulated the growth of placental structures on a microchip etched with tiny channels. Along the main channel, they grew a layer of cells that line the inside of placental blood vessels. On top of this layer, they placed a layer of collagen mesh, which is similar to the layer of elastic protein that separates the body’s tissues. On top of the collagen, they grew a layer of cells derived from trophoblasts—the outermost layer of placental cells that contact maternal blood. Next, they sandwiched the three layers—trophoblasts, collagen, and blood vessel cells—between reservoirs of a solution used to grow cells in culture. They completed the simulation by placing either infected or uninfected red blood cells in the upper reservoir to simulate the maternal blood surrounding the placental cells.

The researchers conducted two tests of how rapidly glucose—a nutrient essential for cell growth and survival—passed from the upper to the lower reservoir, first in the presence of red cells infected with a malaria parasite and then in the presence of uninfected cells.

Much more research needs to be done, but the findings from this chip-based model suggest that the binding of infected red cells to the trophoblast layer may hinder the transport of glucose, depriving the placenta of an essential nutrient and leading to undernutrition and poor outcomes for the fetus.