Findings could inform efforts to understand infertility in human males 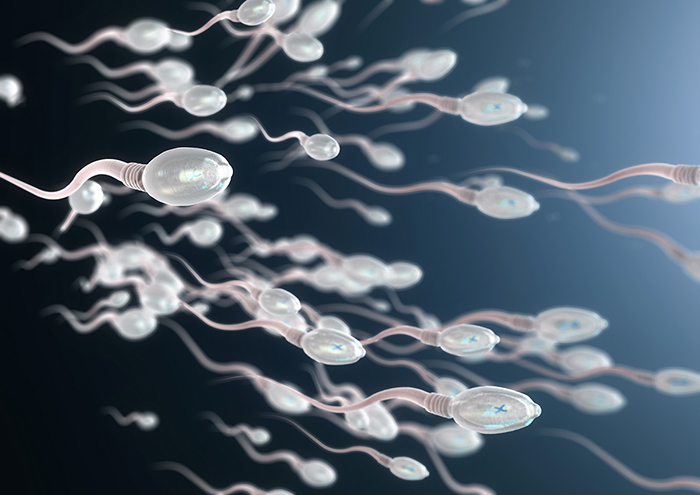 The mouse X chromosome contains two amplicons—regions in which a single gene is copied multiple times—that appear to control male fertility and offspring sex ratios, an NIH-funded study suggests. The findings could provide insight into male infertility among humans.

Removing one of the amplicons from mice favored male offspring by a ratio of 60 to 40, and removing both eliminated the ability to produce sperm. Increasing the number of genes in both amplicons favored female offspring, 60 to 40.

The researchers developed mice in which both amplicons were deleted. This resulted in male mice that were infertile. Although the animals produced a small amount of sperm, the cells failed to develop normally, remaining round rather than elongated and without the tail-shaped structures that move them forward.

Because removal of slxl1 results in fewer female offspring, the researchers believe this amplicon may control the development of X-bearing sperm. "This suggests to us that this gene is affecting the relative fitness of X versus Y sperm, but we don't know how,” Ms. Kruger said. “Maybe the Y-bearing sperm are swimming faster or in a straighter line.” Similarly, increasing slxl1 increases the proportion of female offspring, suggesting it enhances the fitness of X-bearing sperm.

The findings may yield insights into the function of genes controlling human sperm production and the causes of male infertility.