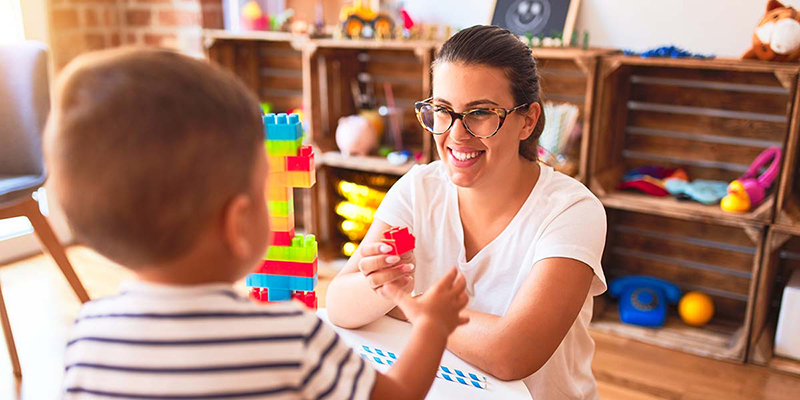 Children with hemiparetic cerebral palsy, a movement disorder that affects use of one side of the body, showed improved use of the arm and hand after receiving a high dose of Constraint-Induced Movement Therapy (CIMT) in a clinical trial funded by the National Institutes of Health. The study, published in Pediatrics, suggests that the more intensive level of CIMT—3-hour sessions, five days a week for four weeks—produced the most noticeable and longer lasting improvements. A moderate dose—2.5-hour sessions, three days a week for four weeks—did not produce gains significantly greater than the control group, which received a standard combination of physical and occupational therapy.

CIMT involves restricting the better functioning arm and hand with a splint or cast while a highly trained therapist engages the child in activities that reinforce and shape the movement and functional skills in the impaired arm and hand. While CIMT is widely accepted as more effective than conventional forms of physical and occupational therapy, little was known about effects of different doses of CIMT or whether constraints should be used only during the sessions or continuously throughout treatment. NIH’s Eunice Kennedy Shriver National Institute of Child Health and Human Development (NICHD) funded a randomized, controlled clinical study—the Children with Hemiparesis Arm and Hand Movement Project, or CHAMP—to compare variations of CIMT against conventional forms of therapy.

The study included 118 children ages 2 to 8 years old with hemiparetic cerebral palsy. Children were randomly assigned to one of four treatment groups—30 or 60 total hours of CIMT combined with either a splint or a cast—or to the control group.

Children who received the high-dose of 60 hours of CIMT using either constraint had the greatest improvements on a variety of upper extremity skills, such as grasping, moving, manipulating objects and self-care activities, as evaluated by trained assessors at the end of treatment and six months later. However, the research team noted that children in the control group also improved more than expected. The authors think this may have resulted from a higher-than-normal dose of conventional therapy, lasting four-to-five hours per week. More research is needed to evaluate these differences and long-term benefits of CIMT.