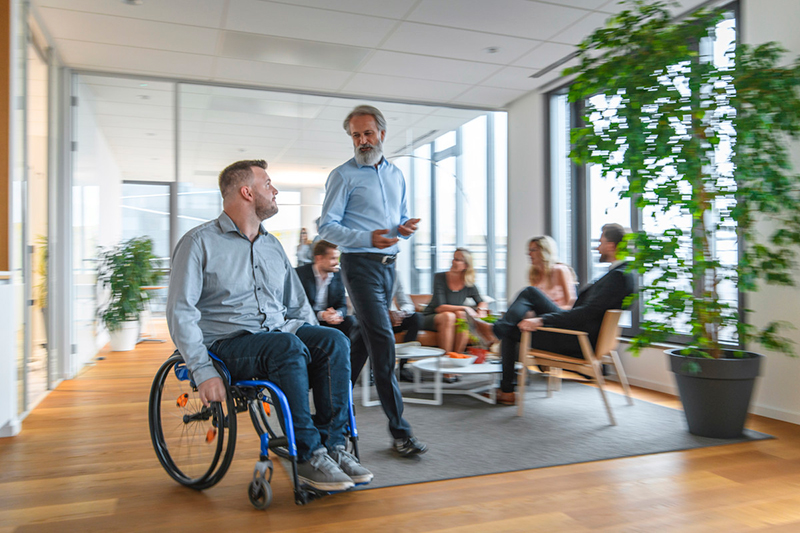 Some physicians are declining to care for patients with disabilities, saying they lack the knowledge required to care for them, suggests a focus group study of American physicians funded by the National Institutes of Health. Moreover, many physicians in the study said they had limited training on the Americans with Disabilities Act (ADA), the federal civil rights law that prohibits discrimination against people with disabilities, and some said they felt overwhelmed by the ADA requirements.

The study was conducted by Tara Lagu, M.D., of the Feinberg School of Medicine at Northwestern University and colleagues. It appears in Health Affairs. Funding was provided by NIH’s Eunice Kennedy Shriver National Institute of Child Health and Human Development.

Specializing in such areas as rheumatology, neurology, obstetrics and gynecology, orthopedics, and ophthalmology. A total of 22 respondents were recruited from a professional social networking site of 800,000 participating physicians. The focus groups included 8 to 10 participants each.

All 22 participants reported a lack of accommodations for providing health care to people with disabilities, such as inaccessible buildings and lack of proper equipment, including adjustable-height examination tables and weight scales for wheelchair users. No participants could provide written materials in Braille, and only a few could provide printed materials in large type. Many relied on caregivers or written communications for people with intellectual disability or hearing loss.

Participants in all three groups said they and their staff lacked knowledge, experience, and skills to care for people with disabilities. Some participants said they denied care to people with disabilities or tried to discharge them from their practices, with some saying that disabled patients would require care that the practice could not provide.

Nearly all participants said they had little or no training in the ADA. The authors described their attitudes toward the ADA as apathetic and sometimes adversarial, in one instance saying the legislation works against physicians and does not help people with disabilities.

The authors concluded that this and previous studies suggest the health care system frequently fails to accommodate people with disabilities, providing them with substandard care or often refusing to care for them at all. The authors noted that this study contained a small number of participants, but that it identified many potential topics to explore in the future.