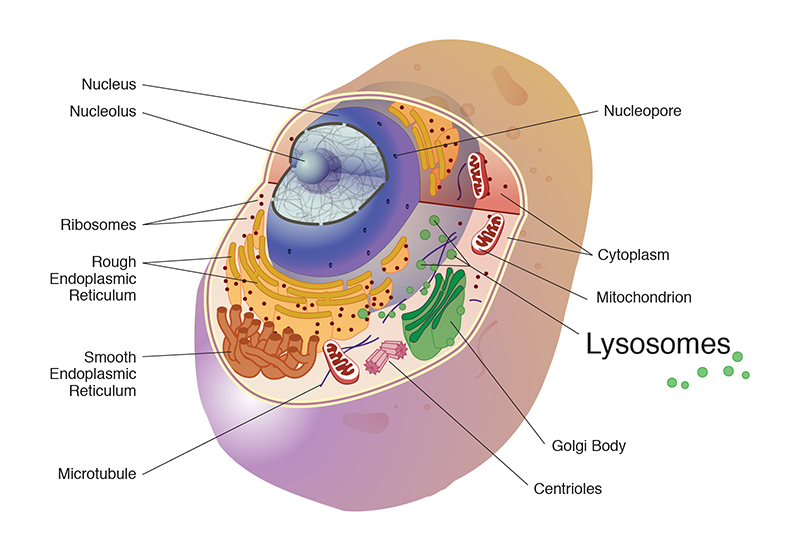 NICHD researchers conducting a clinical study of patients with a rare, fatal neurological disorder have partnered with basic scientists to find better ways to understand the disease, monitor its progression, and ultimately find treatments.

CLN3 disease appears to result from the failure to clear a buildup of fatty compounds from inside the lysosome, a tiny structure inside cells that performs such functions as recycling worn-out cell parts and destroying bacteria and viruses. Children with the disorder, also known as Batten disease, lose their vision by ages 4 to 6, then subsequently develop intellectual impairment, seizures, and movement and speech difficulties. The disease has no cure, and most patients die before adulthood.

The researchers, An N. Dang Do, M.D., Ph.D., and Forbes D. Porter, M.D., Ph.D. of the NICHD Office of the Clinical Director and Section on Molecular Dysmorphology, are documenting the progression of CLN3 disease in 36 patients. The researchers’ objective is to identify markers—chemical compounds or other substances produced in the patients’ body—useful for measuring the course of their disease. As part of the effort, the researchers have established repositories of the patients’ biological samples, such as their cerebrospinal fluid—the fluid that bathes the brain and spinal cord. They frequently collaborate with researchers studying lab animals and cell cultures, to verify laboratory findings with the human samples they have acquired.

In one study, researchers led by Jon J. Brudvig, Ph.D., and Jill M. Weimer, Ph.D., of Sanford Research in Sioux Falls, analyzed blood samples from laboratory strains of swine and rodents with a form of CLN3 disease. In the study, appearing in Biomarker Insights, the researchers reported that samples from the animals contained compounds known as glycerophosphodiesters. The most predominant of these was glycerophosphoinositol. Blood samples from the NICHD CLN3 patients also had high levels of the compound.

CLN3 disease is named for the defective protein implicated in the disease. The CLN3 protein is found in the membrane of lysosomes. Its function is poorly understood, because it was difficult to collect a large enough quantity of lysosomes for testing. Led by Nouf Laqtom, Ph.D., and Monther Abu-Remaileh, Ph.D., researchers at Stanford University and other institutions undertook a study, appearing in Nature, to determine the role that the protein plays in the disease. They developed a method using antibodies to harvest lysosomes from mice and human cell cultures lacking the CLN3 protein. The lysosomes contained high concentrations of glycerophosphodiesters. The researchers hypothesized that, instead of being transported out of the lysosome, as they would have been from lysosomes with functioning CLN3, the accumulating gycerophosphodiesters contributed to the buildup of toxic compounds that injured nervous system tissue. When they tested cerebrospinal fluid from the NICHD patient study, they found a high concentration of glycerophosphoinositol.

Drs. Dang Do and Porter concluded that the findings on human samples in these studies provide insights for further research toward developing a test—based on glycerophosphinositol and perhaps other glycerophosphodiesters— to diagnose CLN3 disease or an approach to treating it.