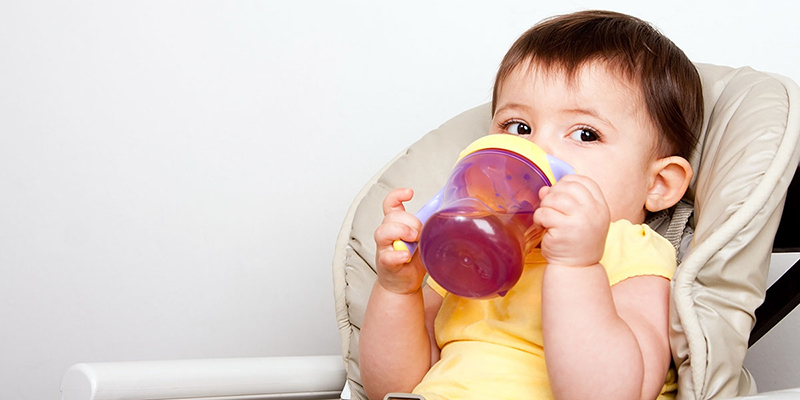 Children who were given juice before they were 6 months old drank more juice and soda, and less water, by early and mid-childhood, on average, than children first given juice at or after 12 months, according to a study conducted by researchers at the National Institutes of Health. The findings support a theory that giving children sweet foods and drinks at an early age fosters a preference for sweet tastes that persists into childhood, increasing the risk for childhood weight gain and tooth cavities.

The research team was conducted by Sonia L. Robinson, Ph.D., and colleagues at NIH’s Eunice Kennedy Shriver National Institute of Child Health and Human Development. The study appears in The Journal of Nutrition.

Researchers undertook the current study to determine if younger age at first juice introduction was related to beverage consumption patterns in later childhood.

The authors analyzed data from a previous study of nearly 5,000 children and their parents, undertaken before the AAP’s 2017 recommendation. Parents were asked about their children’s juice consumption—the study did not distinguish between 100% fruit juice and fruit drinks. The parents completed periodic questionnaires indicating when their infants began consuming juice before 6 months, from 6 to 12 months, and after 12 months. When the children were 24, 30, and 36 months of age, parents indicated the number of 8-ounce cups of juice, soda or pop, water and milk their children drank each day. At age 7, parents completed a 27-item questionnaire seeking information on the types and frequencies of food and drinks their children consumed.

Robinson, SL, et al. Predictors of age at juice introduction and associations with subsequent beverage intake in early and middle childhood. The Journal of Nutrition. 2021.