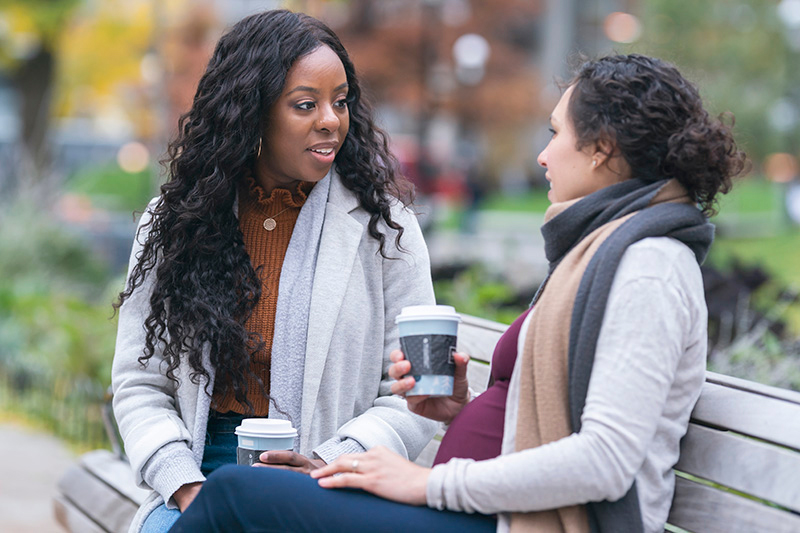 Patterns of gene expression—the degree to which genes are turned on or off—in uterine muscle tissue may help explain why fibroids disproportionately affect Black women, suggests a study supported by the National Institutes of Health. Understanding the factors that contribute to racial disparities in uterine fibroid disease can inform treatment and prevention approaches.

Researchers observed higher expression of the von Willebrand factor gene (VWF) in the uterine muscle of Black women, compared to that of White women. VWF provides instructions for a protein that helps regulate vascularization, the formation of blood vessels. Higher vascularization could indicate that the uterine muscle tissue of Black women contains more vascular smooth muscle cells, from which many scientists suspect fibroids arise.

The work was led by Jose M. Teixeira, Ph.D., of Michigan State University and funded by NIH’s Eunice Kennedy Shriver National Institute of Child Health and Human Development. It appears in JCI Insight.

Uterine fibroids are non-cancerous tumors that grow in or on the wall of the uterus. They can cause pain, heavy bleeding, and reproductive problems. While treatments are available, the only cure for fibroids is hysterectomy, or surgical removal of the uterus. Compared to White women, Black women are more likely to develop fibroids, to have them at an earlier age, and to experience more severe symptoms.

The causes of this racial disparity are largely unknown, although a few studies have identified genetic differences and other factors that may play a role. Most of these studies focused on analyzing fibroid tissue alone. In the current study, the investigators evaluated both fibroid tissue and the adjacent uterine muscle tissue to look for differences in gene expression and DNA methylation—chemical changes to DNA that can affect gene expression.

The researchers compared tissue samples obtained from 22 Black women and 24 White women with fibroids who underwent hysterectomies. They found more differences in gene expression patterns in tissue from the myometrium—the muscular outer layer of the uterus—than in fibroid tissue. Compared to myometrial tissue from White women, tissue from Black women had higher expression levels of certain stress- and fibroid-associated genes. The researchers also observed different patterns of DNA methylation in tissue samples from Black and White women.

The findings suggest a potential molecular explanation for racial disparities in uterine fibroid disease. The authors also note the importance of including myometrial tissue as well as fibroid tissue in studies examining the causes of and contributors to fibroids.