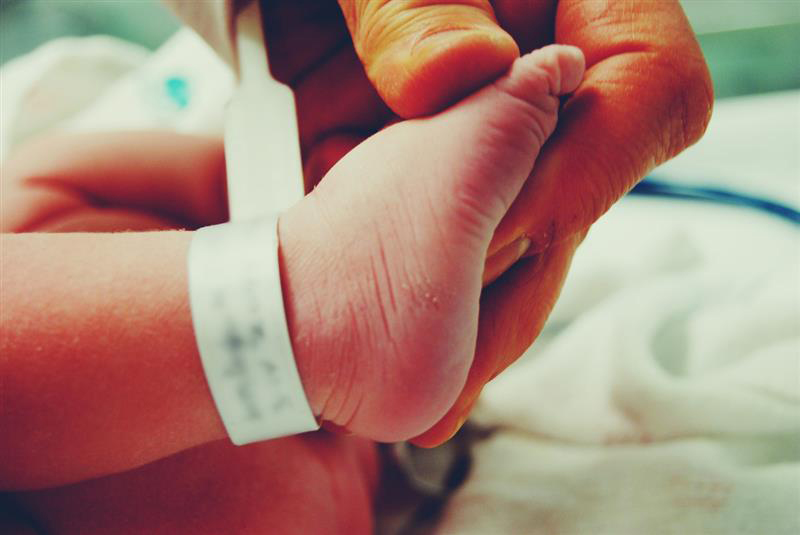 Receiving detailed genomic information on their newborn’s potential risks for childhood and adult diseases does not appear to cause distress or anxiety among parents, suggests a study funded by the National Institutes of Health. The findings could help to allay concerns that routinely sequencing newborn genomes to obtain information about their long-term health prospects may be too stressful for families. The authors noted that the study was conducted mostly with white, affluent, educated families, and the findings may not apply to other groups. The authors are currently expanding their research to a more diverse population.

The study was conducted by Stacey Pereira, Ph.D., of Baylor College of Medicine, and colleagues. It appears in JAMA Pediatrics. Funding was provided by NIH’s Eunice Kennedy Shriver National Institute of Child Health and Human Development and National Human Genome Research Institute. Additional support was provided by the National Center for Advancing Translational Sciences.

Current screening programs collect a few drops of blood from an infant’s heel on a paper card, which is then analyzed for a number of conditions that can be treated before any serious health problems occur. Newborn genomic sequencing has the potential to identify conditions that current screening programs can’t detect, not just those that begin in childhood, but those that may occur in adulthood as well. Information obtained from genomic sequencing might be used to reduce an individual’s future disease risk. However, many researchers have expressed concerns that identifying gene variants that increase an infant’s risk for genetic conditions in adult life might create stress for families. The current study was part of the BabySeq project

, a long-term study seeking to determine whether genomic sequencing can be routinely used to provide information to augment conventional newborn screening.

The researchers enrolled 325 infants at three clinics in the Boston area. DNA was obtained from all of the infants. All families received reports of their conventional newborn screening results and a detailed family history report. Half the families also received reports of their genome sequencing results and were counseled on what those results might mean. Parents completed detailed surveys when their child was first enrolled in the study, after they received the reports, and three and 10 months later. The surveys assessed parents’ relationship with their infants, parents’ relationship with each other, and the degree of psychological distress (depression and anxiety) parents might be experiencing.

Although there were initial differences in groups early in the study, there were no significant differences in any measured outcomes that persisted for 10 months after the results were returned, even among families whose newborn sequencing results revealed a potential genetic disease risk.

The researchers found no evidence that newborn genomic sequencing has a negative psychosocial impact on families.

Because the study included mostly white, affluent, well-educated families, the researchers do not know if the results apply to other groups. They are currently undertaking studies in a more diverse population.