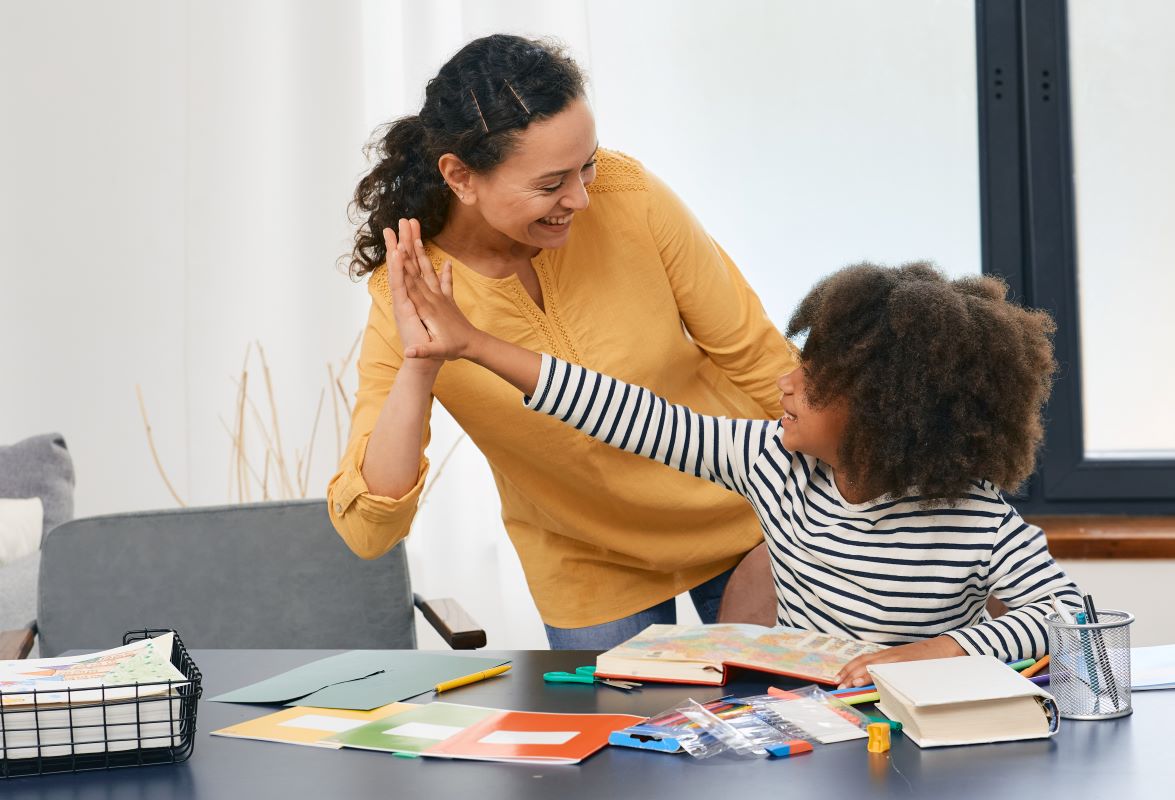 The National Institutes of Health has awarded a total of $100 million over the next five years to support nine Autism Centers of Excellence (ACEs). This endeavor funds large research projects to understand and develop interventions for autism spectrum disorder (ASD). Created in 2007, the ACE program is renewed every five years.

ASD is a complex developmental disorder affecting how a person behaves, interacts with others, communicates and learns. The U.S. Centers for Disease Control and Prevention estimates that ASD affects nearly 2% of 8-year-olds in the United States.

The ACE program supports research on the diagnosis, causes of, and interventions for ASD. It also seeks to facilitate innovative and cost-effective services for people with ASD throughout the lifespan. The awards support research at individual centers, which feature collaboration between teams of experts, and at research networks, which involve multiple institutions, dedicated to the study of ASD. Each center and network focus on a specific research topic.

Each ACE will adopt a specific Plan for Enhancing Diverse Perspectives (PEDP) as part of its proposed research project. The PEDP will outline strategies to increase participation of women and individuals from traditionally under-represented groups in the ACE biomedical, behavioral and clinical workforce. Additionally, the PEDP is intended to increase the participation of underrepresented and underserved populations in research.

Community engagement is also a core feature of the ACE program. Each ACE will have an external advisory board that includes individuals with ASD and/or parents of individuals with ASD as members. In addition, ACE investigators will engage with the ASD community to learn about their needs and research concerns and to inform them about research findings and plans for future studies.

Wendy K. Chung, M.D., Ph.D., Jeremy Veenstra-VanderWeele, MD, and colleagues will identify a diverse sample of 240 infants at high risk genetically for ASD and other neurodevelopmental conditions, comparing their development to that of a group of 120 infants who do not have a genetic high risk. They will track the children’s neurological, cognitive and behavioral development to classify emerging features of ASD in early development, which could then be used to identify other children at risk for ASD. The researchers also will study the experience of families who have received information about genetic risk, and their choices about early interventions.

Joachim Hallmayer, M.D., will lead a team of researchers investigating the potential relationship of sleep disturbances to ASD. Individuals with ASD often have difficulty falling and staying asleep and may awaken frequently during the night. Studies indicate that proper sleep is essential for brain development and function. The research team will monitor brain waves of people with ASD during sleep and will use other technologies to document their sleep and wake cycles. The researchers hope to determine if unique patterns of sleep disturbances are associated with ASD and whether treating the sleep disturbances will alleviate ASD symptoms. The research will involve preclinical and clinical studies.

Joseph Piven, M.D., will continue leading the Infant Brain Imaging Study (IBIS Network) to examine brain and behavior development in a group of 400 children (300 of whom are at high familial risk of ASD). The children entered this study as infants, before the typical age of onset of ASD and are now entering adolescence, the time of onset for most adult psychiatric disorders. The researchers will continue documenting the trajectories of brain and behavior development, from infancy through adolescence, in those with ASD as well as those at high risk for ASD who develop other psychiatric conditions that are genetically related to ASD. This study will also focus on determining the early brain and behavior manifestations of ASD in females. Females with ASD often present with different symptom patterns and are frequently diagnosed later than males. Understanding brain and behavior trajectories from infancy through adolescence will provide insight relevant to early interventions for ASD and related psychiatric conditions.

Diana Robins, Ph.D., Diana Schendel, Ph.D., and colleagues will study underserved populations with autism to determine their use of medical services, the reasons for their health inequities and the resulting effects on their health outcomes. Previous studies have shown that underserved minority and disadvantaged populations with ASD have less access to healthcare and greater chances for adverse outcomes such as cardiovascular disease and shorter life expectancy. The researchers will study key stages of the life course: initial diagnosis in childhood, patterns of health and health services use in adolescence and young adulthood, and health and mental health in older adulthood. Results will inform efforts to reduce adverse outcomes and promote wellbeing for people with ASD.

Geraldine Dawson, Ph.D., will lead a team of researchers developing new methods to screen children for early signs of autism. They will study a digital app that is used at home on smart phones and tablets to videotape young children’s behavior and interactions with their caregivers. Artificial intelligence and computer vision will automatically code the videotapes to identify behavioral characteristics of children who are later diagnosed with autism and track their long-term development. They will also use artificial intelligence to analyze health insurance claims and medical records for roughly 230,000 children (about 6,000 with ASD) from birth to 18 months to develop an algorithm to predict later ASD during infancy and identify the nature and prevalence of early medical conditions associated with later diagnosis of ASD. Based on the algorithm, they will develop automated decision support for primary care providers. The research team will also use artificial intelligence to analyze electroencephalograms (brain wave activity), which are synchronized with videotaped behavior of 3- to 6-year-old children to identify brain activity associated with accompanying behaviors characteristic of ASD.

University of Wisconsin-Madison – Toward Healthy Aging in Adults with Autism: A Longitudinal Clinical and Multimodal Brain Imaging Study

Janet Lainhart, M.D., Andrew Alexander, Ph.D., and Brandon Zielinski, M.D., Ph.D., will oversee a project that follows autistic adults as they age. Recent studies suggest that older adults with ASD may have shorter life expectancies and more physical and mental health difficulties than the general population. The project will enroll a large group of male and female adults with and without ASD. The researchers will use a broad range of measures to study changes in the participants’ well-being, physical and mental health, and brain structure and function. The goal is to examine how aging-related differences may contribute to different outcomes, including decline and resilience, to improve the long-term health of autistic adults.

Carla A. Mazefsky, Ph.D., and colleagues will investigate emotional and mental health in autistic adults, an underserved population that has a potentially higher risk for suicide. Together with autistic adults and community partners, the researchers will use a longitudinal, multi-method approach that integrates clinical and behavioral measures, neuroimaging, and self-report of experiences linked with physiological responses. With these measures, the research team will examine predictors of suicidality at the group and individual level and validate a suicide risk self-report measure. The investigators also will consider various factors that may play a role in mental health outcomes, such as age of autism diagnosis, biological sex, racial and ethnic identities, LGBTQIA+ identities, mental health diagnoses and trauma history. The overall goal of this project is to generate information needed to improve autistic adults’ mental health and quality of life and reduce their risk of early death.

Kevin Pelphrey, Ph.D., Lauren Kenworthy, Ph.D., and Allison Jack, Ph.D., will lead a team of investigators at multiple sites to develop effective methods for identifying older autistic adolescents and adults who are often misdiagnosed, diagnosed late or not diagnosed at all. This includes people who are born female or who are gender diverse. Late diagnosis, misdiagnosis, or lack of diagnosis puts individuals with ASD at greater risk for depression, anxiety and self-harm and can negatively impact their quality of life. Using brain and behavioral measures, the researchers will focus on understanding predictors of late diagnosis and on developing a new autism screening tool to identify individuals at risk for late diagnosis. The goal is to help autistic adolescents and adults receive timely and appropriate services and supports to improve overall outcomes.

Heather E. Volk, Ph.D., M.P.H., and Christine Ladd-Acosta, Ph.D., will lead researchers at 18 GEARs network sites to understand how genetic and environmental factors interact to affect ASD and health outcomes. The research team will coordinate and evaluate data from ongoing population studies that include 175,000 individuals to determine how environmental factors such as air pollution, prenatal maternal infection and prenatal nutrition influence the risk for ASD and the symptom severity accompanying genetic variants associated with ASD. GEARs also will develop and implement an outreach and dissemination strategy for new findings.